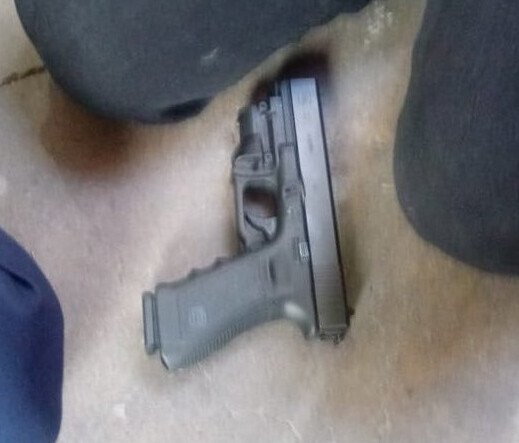 A circulated photo of the firearm used by the perpetrator

Mexico, a country suffering repeatedly at the hands of drug crime and cartel violence, was rocked by a different kind of horror after a school shooter opened fire in the city of Torreon, leaving one teacher dead and at least 6 others injured. Most striking of all was the youthful age of the perpetrator, having been just 11 years old before he took his own life.

Although the motives to the attack are unclear at present, the perpetrator showed a striking resemblance to Columbine High School shooter Eric Harris who (alongside his friend Dylan Klebold) targeted their school in a 1999 rampage that left 13 dead. The Torreon shooter wore a white t-shirt, black trousers, and strap braces, replicating Harris' attire when he carried out his attack.

Soon after the attack, photos began to circulate social media showing the deceased victim as well as the deceased perpetrator. The firearm used in the attack, a handgun, lay between each of them.

Despite homicide being incredibly high in Mexico (there were around 31,000 murders throughout the country in the year 2019 leading to an estimate murder rate of approximately 24 per 100,000 people) and although public mass-shootings are not uncommon, school shooting attacks carried out by students are rare within the country. The attack follows a similar incident carried out in Latin America last year, when two gunmen also largely believed to have been inspired by Columbine killed 8 people and injured 11 in Suzano, Brazil.