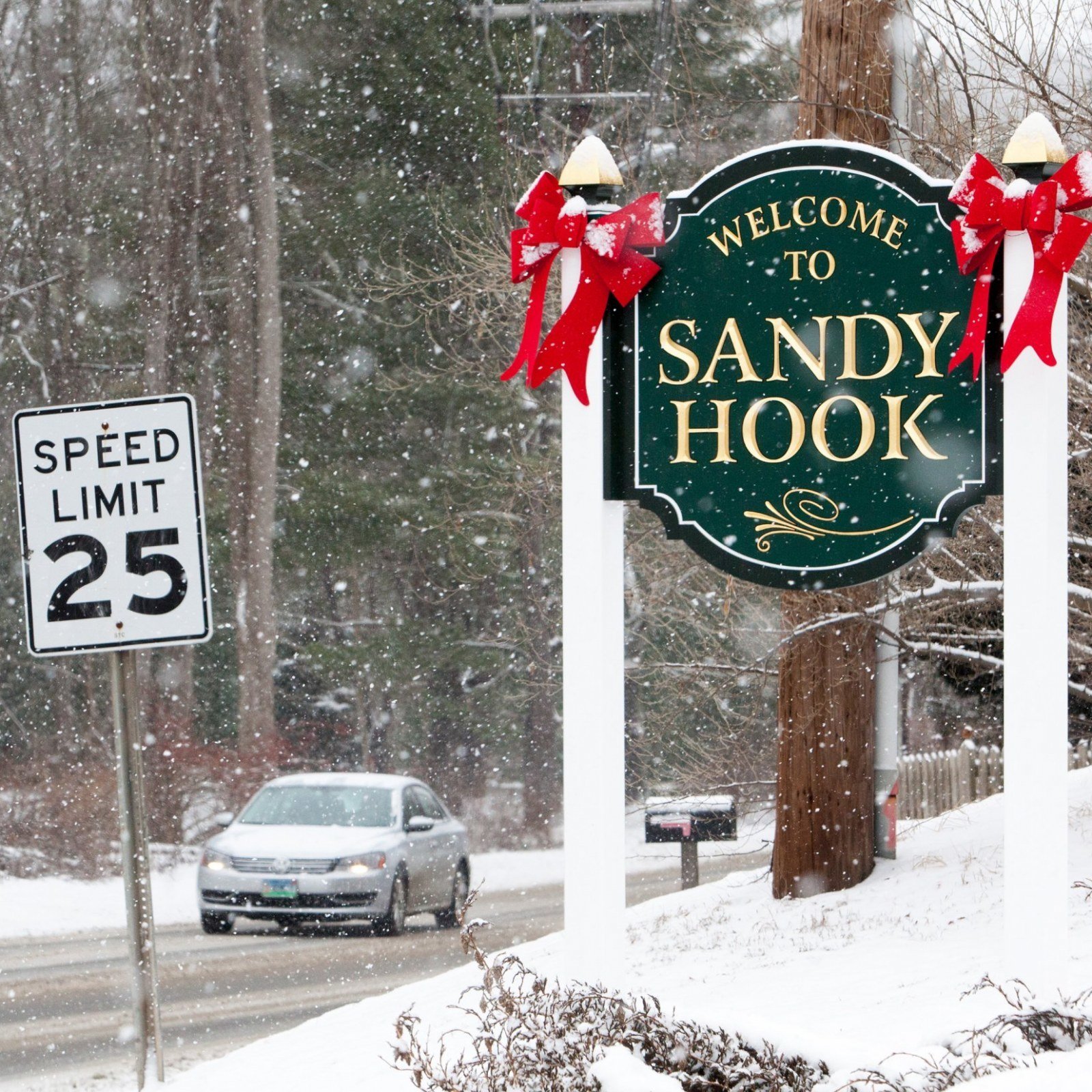 Sandy Hook, home of the fourth deadliest shooting in US history, but arguably the most painful.

Whilst many major places are famous for their bright lights, riches, and entertainment, several places are reluctantly known for all the wrong reasons. It can take decades to create and build a city or a company to the point of international recognition for all the right reasons, however others have “achieved” world-wide infamy and notoriety due to violent or murderous acts. Within less than an hour even the most reclusive place can become the centre of world-wide news coverage. Some endure a catastrophic incident but have already built a reputation for which they can be alternatively known, such as the gambling paradise of Las Vegas or the anti-Hispanic terrorist attack in an El Paso Walmart, therefore an attack is only a small part of their reputation. For other smaller places violence is their reputation.

Here is 5 places synonymous with violence:

In downtown Los Angeles sits the Hotel Cecil, a 600-700 room budget hotel just a short walk from Skid Row. In the 1940s and 1950s the hotel began to build its sordid reputation after many guests committed suicide within its walls. In the 1980s the hotel was believed to have been used frequently by Richard Ramirez, also known as the “Night Stalker”, a serial killer who killed 14 people in less than a year. The Cecil was also home to Austrian serial killer Jack Unterweger, who strangled three sex workers to death in 1991. In 2013, the Cecil, now rebranded as the Stay-On-Main in order to shed its sordid legacy gained even more notoriety after the suspicious death of Canadian tourist Elisa Lam. In footage captured inside an elevator, Lam is seen acting erratically and appeared desperate and frantic trying to operate the lift. Lam was later found deceased inside one of the hotels locked water tanks and to this day her death remains an unsolved mystery. 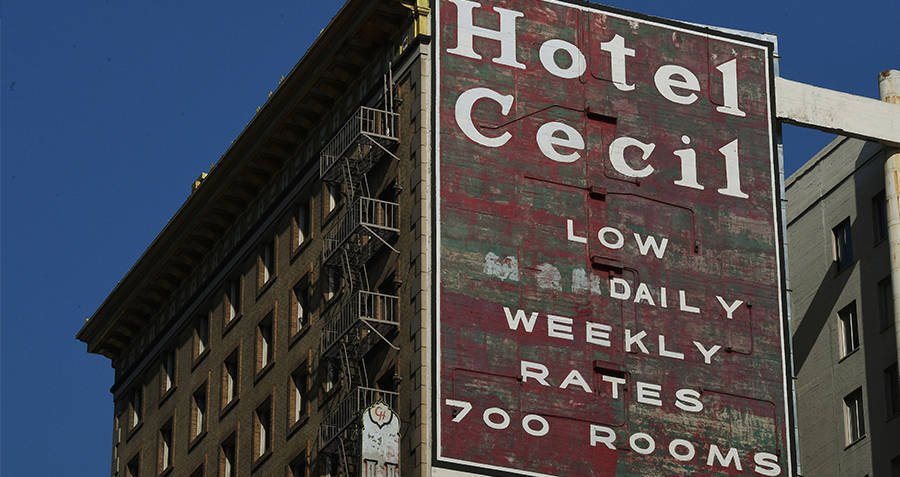 The Hotel Cecil, aka the Stay-On-Main, aka "The Murder Hotel Of Los Angeles".

Since then the Hotel Cecil has been rebranded as the Stay-On-Main in an effort to shake off its sordid legacy with major refurbishments to its interior. Counter-productively the exterior vertical signs of “HOTEL CECIL” still remain, as does the high-visible water tank. To people unaware of its history the hotel may be just another cut-price alternative in a highly expensive city. To those intrigued by true crime the hotel remains to be one of the most notorious residences in US history. Despite its rebranding, the Cecil has kept the villainous legacy it has reluctant owned since the 1940s.

Winnenden is a small German town approximately 12 miles north-east of Stuttgart with a population of just 28,000 people. The town is home to the Feuerwehrmuseum (the fire brigade museum) as well as a large winery. According to Wikipedia, the town is also home to the Kärcher Company, a German brand creating pressure washers. Asides from this however there appears to be little else the town can lay claim to for national adulation.

On March 11th 2009, the town became the focus of international news coverage for all the wrong reasons. Former student Tim Kretschmer opened fire at the Albertville-Realschule (a high school) killing 13 people and injuring 7 others in and around the school. Having fled the scene, Kretschmer also opened fire at a car dealership in Wendlingen, leading to a further 2 deaths and 2 injuries before he took his own life. 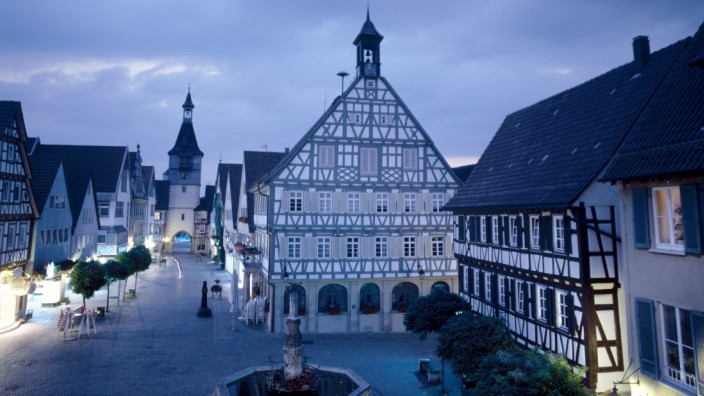 The otherwise majestic Winnenden, a town still struggling with the attack over a decade later.

The attack received intense international coverage for days after the incident took place and still to this day the town has not managed to shrug off its notorious reputation given to it by Kretschmers devastating attack.

In Newtown, Connecticut sits the “adorable” village of Sandy Hook, home to around just 11,000 people. The village was a textbook example of the typical quiet and friendly American home, dormant to the rest of the country but loved by its few residents, a reputation that many villages and towns aspire to. On the 14th of December 2012 the villages reputation was to be internationally and irreparably scarred.

Having shot his mother to death in their family home, twenty year old gunman Adam Lanza, a shut-in obsessed with mass-murderers, drove down to the local elementary and opened fire on students and teachers inside. During his school rampage Lanza took the lives of 20 schoolchildren and 6 adults, causing injuries to 2 other survivors, before taking his own life as first responders arrived. Since then, the name of Sandy Hook became synonymous with the attack, and recognised as being home to the second-deadliest school shooting in the US. 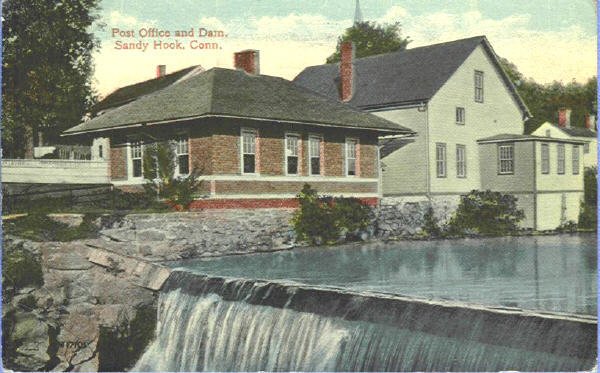 A delightful postcard of Sandy Hook shows an eerie contrast to the village's devastating reputation.

The area is simply too small to make waves or to gain recognition in other ways that may repair its notorious reputation. Famous former residents of Bruce (or Caitlyn) Jenner and Suzanne Collins (author of the Hunger Games), however with a population of just 11,000 people, the village is just too small. Sandy Hook is repeatedly mentioned in gun control arguments and as a result this only solidifies its reputation for violence.

Indiana-born Jim Jones, a civil rights preacher and cult-leader, sought to create a social and racial paradise of the People's Temple in the 1950s using faith-healing and his charismatic sermons to seduce followers to his movement. After receiving widespread criticism in its native Indiana, Jones moved the Temple to San Francisco and Los Angeles in California. Jones' paranoia of the government and the media quickly grew more intense and disturbing. After scathing articles by Lester Kinsolving targeted the group, Jones moved the Temple to Guyana and created a new habitation from scratch known as the Peoples Temple Agricultural Project, better known as Jonestown. Jones exploited these attacks and used this fear of the outside world to convince round 1,000 people to follow him to the new residence seeking a better life and shelter from the outside world.

As Jones grew increasingly paranoid and mentally unstable, he convinced his followers that death was the only escape from the attacks. On November 18th 1978, Jones convinced the Temple to partake in mass-”revolutionary suicide” as a way of dying with dignity and for their cause. Aides of Jones prepared a storage container full of cyanide-laced grape juice from which every church member drank. 909 people died of cyanide-poisoning in Jonestown, 304 of whom were minors, whilst others died in a connected mass-shooting at an airstrip in Port Kaituma and at a Temple-run building in Guyana's capital of Georgetown. Some argue that the deaths were not violent as the Jonestown population had willingly accepted to die for their cause and therefore consented to and brought about their own death. However, the 304 children were too young and innocent to have consented. 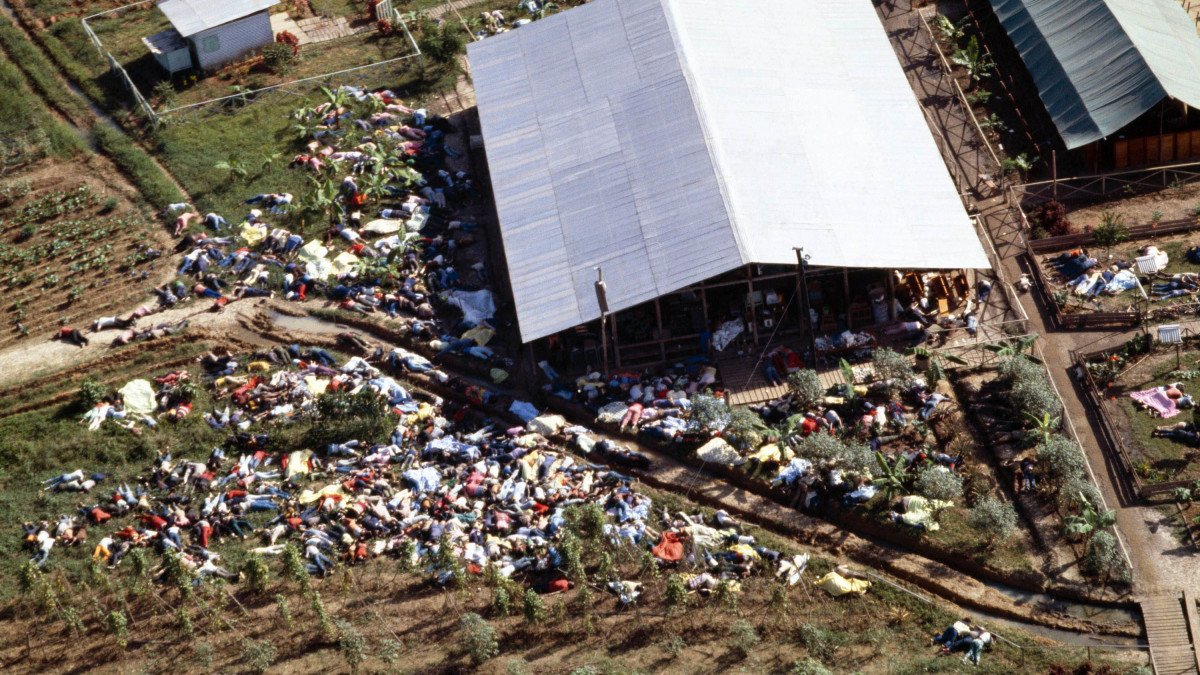 The incident was the single deadliest loss of American life up until the September 11th attacks. Unlike other places such as Winnenden and Sandy Hook which despite their small size and population may have something to speak of, the residual area of Jonestown did not exist before the cult moved there. Given that the groups existence there ultimately lead to there deaths, there is really nothing else to Jonestown than the massacre. The massacre is Jonestown.

Up until mid-1999, Columbine like Sandy Hook was almost entirely unknown apart from those who lived in or near the area. With a small population of just 24,000 there is only so much the small residence could lay claim to, and appeared to exist as a simple and quiet but peaceful American hometown.

On April 20th 1999, the entire United States was shocked by an almost militant-style attack carried out at Columbine High School by two of its students, Eric Harris and Dylan Klebold. The duo attempted to bomb the schools cafeteria and target fleeing students with firearms, but after the explosive failed to detonate the duo moved throughout the building, casually shooting people to death from point-blank range. In total, 13 people were killed (not including Harris and Klebold who  took their lives in the schools library) and a further 24 were injured as a result of the attack. The attack was at the time the deadliest school shooting in US history, although this has since been surpassed in Virginia Tech, Sandy Hook, and more recently in Parkland. 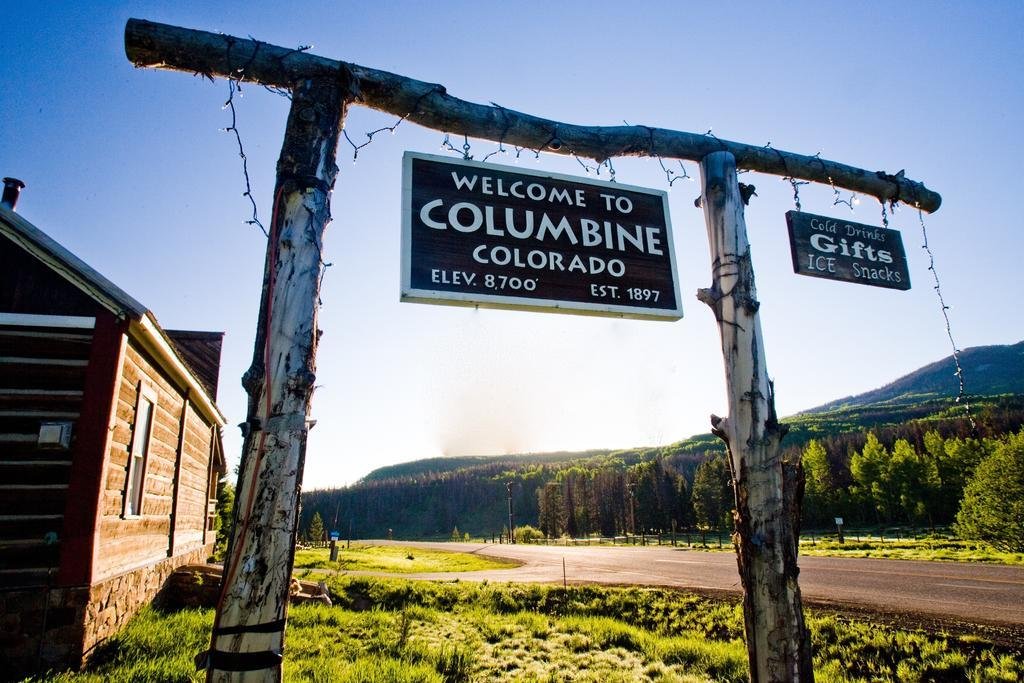 Columbine remains to be synonymous with school violence across the world and 20 years after the first shots were fired it continues to inspire brutal attacks around the globe. The October 2018 shooting in a college in Kerch (Crimea) drew startling similarities to Columbine, from the dress sense of the attacker to him taking his own life in the library. A recent school shooting in Torreon (Mexico) carried out by an 11 year old shows the legacy of Columbine is understood across many borders and age groups. The concept of “doing a Columbine” is internationally understood, and the act is so well-known that “Columbine” has essentially become a verb understandable in all languages.