Coronavirus & The Rise Of Sinophobia 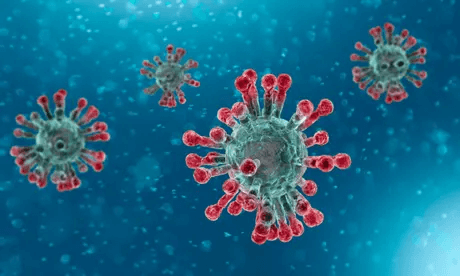 Coronavirus and the pandemic that brought the globe to a stand-still.

In case you (somehow) missed it, the Coronavirus pandemic has become something close to a world-wide war, spreading to almost every country in the globe in a matter of months. At the time of writing (March 30th 2020) and as per worldometers.com the disease has infected at least 720,000 people across 199 countries and territories, taking around 34,000 lives from 185,000 resolved cases. This leads to an estimated overall fatality rate of around 18% in resolved cases.

The virus itself originated in Wuhan, China, and is believed to have originated specifically from a “wet market” in the city. As a result of the increasing anger and frustration caused by the virus, the rise of Sinophobia (hatred and discrimination of Chinese people) is a problem that has escalated rapidly over recent months. Many people are desperate for any means of resolution and coinciding with this many people are also looking for a means to lash out in frustration. The most common targets are oriental Asians living across the world, particularly in Italy (one of the hardest hit and most devastated countries), and the United States (which has a large Asian-American population), although violent threats and incidents are becoming increasingly widespread across the world.

The Spread Of A Disease (Or Two)

In their 2018 hate crime statistics report the FBI concluded that Asians made up 3.4% of victims (although not all of whom would have been oriental). As early as December 2019, when the virus was still in its infancy in China, hate crimes were being reported as far abroad as San Diego. Since then the virus has spread exponentially and alongside it so has Sinophobic retaliation. One restaurant in Italy near the historic Trevi Fountain specifically barred Chinese people from entering. This is just one minor incident suffered during the rapid rise of Sinophobia within the country, and Italy is just one of many nations to report similar sporadic incidents since the beginning of the outbreak. In March 2020, the FBI warned that anti-Asian hate crimes would “likely rise... due to the spread of the coronavirus disease”.

The virus itself is rapidly infecting nations with hostility however other political aspects do not aid the matter, whilst some key figures in politics only appear to gaslight the problem and make it more volatile. US President Donald Trump repeatedly insisted on calling Coronavirus “the Chinese virus”. As a result, this points the finger of blame on China as a whole, therefore many frustrated people in the US will blame the Chinese people as a whole, this could easily lead to frustrations being taken out on Chinese citizens with the USA who attackers feel are in league with the creation and spread of the disease. Trump's language and discourse has come under intense criticism many times over his presidency, most notably after striking similarities were found in Trumps previous discourse regarding Mexicans and the manifesto of El Paso gunman Patrick Crucius, who killed 22 people in a Texan Walmart during his terrorist attack that targeted Hispanics. 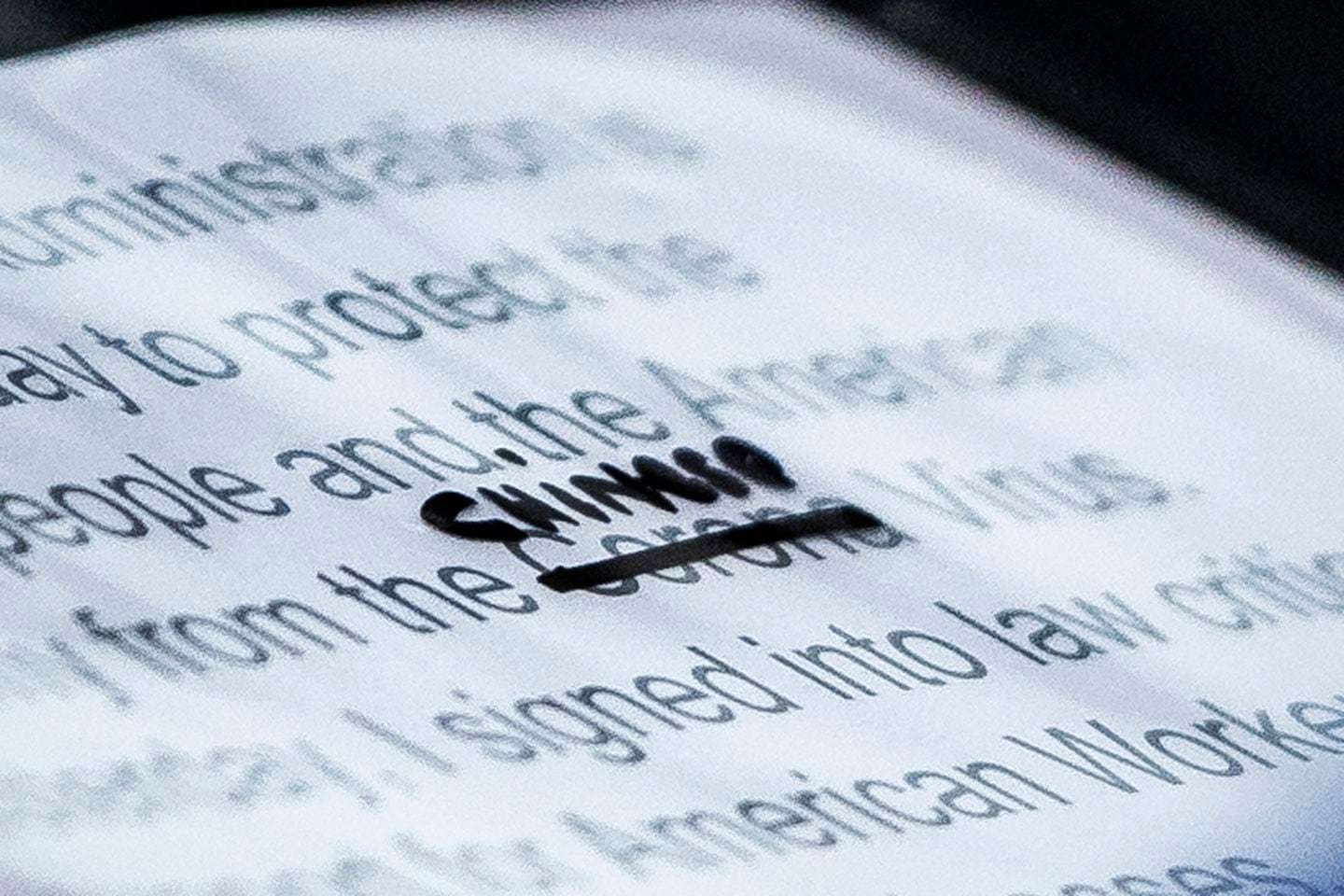 Trumps insistence on the term "Chinese virus" could only serve to victimise Asian nationals.

Given the scale of the disease and the lengthy time it could take before the virus is properly eradicated and social and economic lives return to normal, this could easily be the new norm for Asians abroad for months, more likely years, to come.

The problem is not only suffered by Chinese citizens across the world. A broader aspect that only serves to escalate the problem is that oriental Asians of many countries such as China, Japan, Hong Kong, South Korea, etc, share similar physical features, leaving essentially any oriental Asian as a target, not just those from China. At its bluntest, the type of person who would attack an Asian for fear they might have Coronavirus is almost inevitably not the kind of person to be educated enough to understand that “Asian” does not necessarily mean “Chinese”. This is before its is taken into account the bizarre oxymoron of making excessive physical contact with someone you feel is infected with a disease you want to avoid. These people are essentially intellectually forsaken.

Unfortunately these mistaken-identity attacks are numerous and are only likely to become more prevalent as the virus continues to suffocate communities. In Italy, a Filipino worker was attacked by a man who mistook her for being Chinese. In London, a Singaporean student was badly beaten by a group of men who “we don't want your coronavirus in our country”, and in Midland (Texas) three Asian-American family members were stabbed by a 19 year old who mistook them for being Chinese and who thought they were “infecting people with the coronavirus”.

Unfortunately, random public confrontations and attacks appear to have become something of a new normal that Asian-Americans must at least anticipate the possibility of suffering. On the positive side, governmental “lockdowns” and stay-at-home order has lead to the cancellation of schools and the switch to working from home for many people across the world, and with less people out on the streets this reduces the likeliness of Asians abroad suffering hostile confrontations. Aside from personal confrontations, the lockdowns also hold other unintended and far darker positives.

The Far-Right & The Worst Possible Timing

The current escalation of Sinophobia has arguably come at the worst possible time as it coincides with the recent rise of far-right and nationalist terrorist attacks across the world over the past few years. Public far-right terror has ranged from anti-semitic attacks (in Pittsburgh, Poway, Halle), Islamophobia (Christchurch, Quebec, Baerum), anti-Hispanic (El Paso), anti-immigrant (Hanau), anti-black (Jeffersontown) and has spread across the world from the United States to Germany to New Zealand and more. Far-right terrorism appears to be in the midst of a purple patch and the increase in anti-Asian sentiment could easily be caught up in the momentum that major attack such as those in Christchurch and El Paso has built. 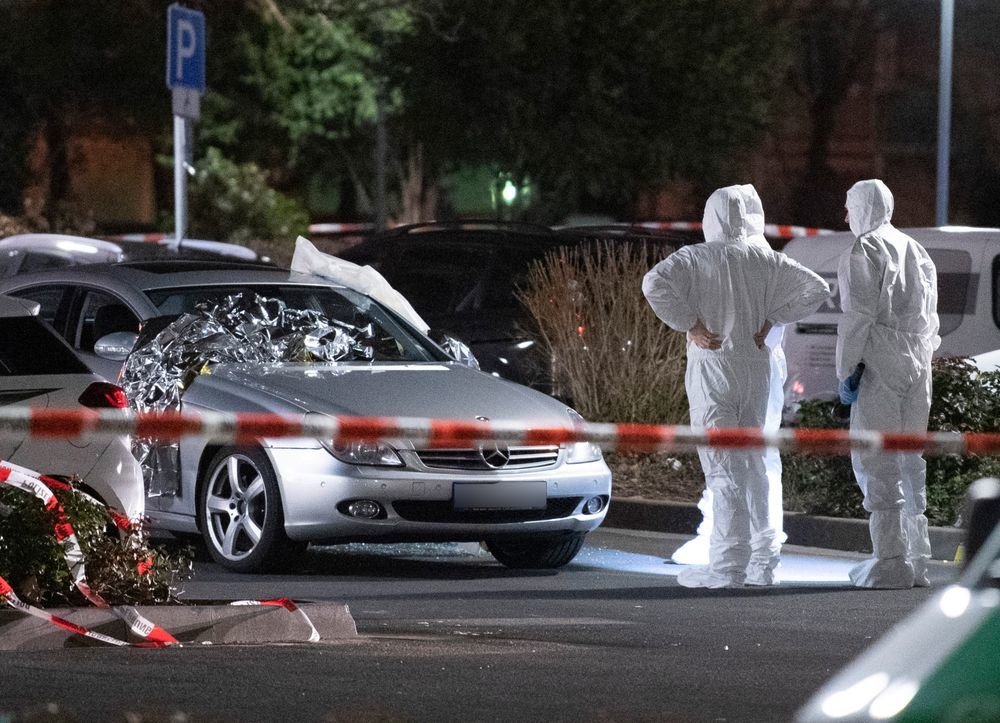 The Hanau shooting, the latest in a long line of far-right terrorist attacks.

Furthermore, major online platforms are becoming hotbeds of anti-Chinese and anti-Asian sentiment. Twitter has seen a massive rise in hate speech against China as a result of the virus, soaring around 900% in recent months, including accusatory hashtags such as #chinaliedpeopledied. Whilst online posts can be blocked or ignored, the greater problem lies in the possibility of online radicalisation, something that has helped to ferment hatred enough to inspire attacks such as Christchurch and the Poway synagogue shooting.

Far-right and Neo-Nazi groups have already begun exploiting the virus although not specifically for Sinophobic intentions. Several groups have urged their followers who contract the virus to spread it to police officers and minorities, whilst in Asides from the threat of possible Sinophobic terror attacks and hate crimes, the virus has already inspired far-right and Neo-Nazi terrorist groups to exploit the virus to give it to the police and Jews. In Missouri, a known white supremacist attempted to detonate a car-bomb outside a packed hospital dealing heavily with coronavirus patients.

However, as with personal attacks on individuals, the national lockdowns and the widespread bans on public gatherings will at least result in less public places becoming enticing targets for far-right and Sinophobic terrorists.

Governments can play their in mitigating a rise in Sinophobic frustrations in both social and economic resolutions. The removal of anti-Chinese attacks online, especially social media, could prevent the fueling of Sinophobic sentiment and on a more serious aspect could prevent radicalisation.

On an economic side, many people are growing increasingly desperate due to the financial impact that the virus has caused such as loss of employment and as an inevitable result a loss of income and difficulty paying rent. This of course varies from country to country as each government outlines it's own methods to support citizens. In the UK, those laid off from their employment will receive 80% of their wages paid for by the government whilst the additional 20% will be paid by the employer (who themselves can collect insurance due to the governments decision to close bars and restaurants, etc). In other countries where significantly less support is being offered such as the United States which is offering a $1,200 “stimulus check”. Where governments offer greater support to their affected citizens this will easier prevent hostility arising due to to a persons own desperation.

Any changes will need to be done in the long-term, as Coronavirus appears to be here for the long-haul. Stemming the spread of Coronavirus and Sinophobia will be a constant battle fought across the world, with absolutely no victors whatsoever.