Are Islamic Jihadists More Likely To Be Killed Than White Terrorists? 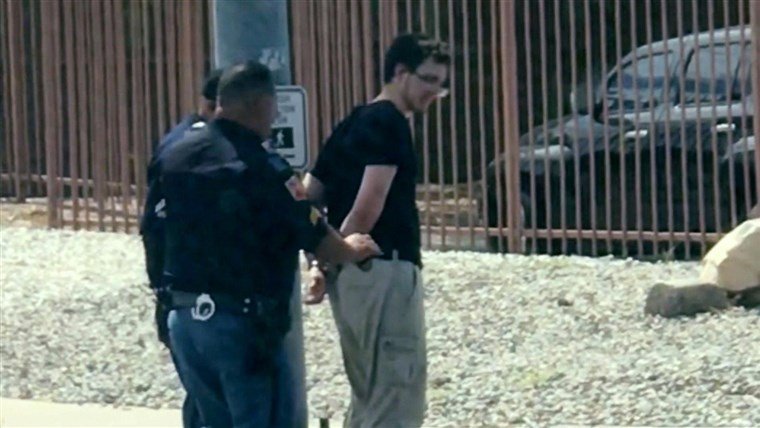 El Paso gunman Patrick Crusius was arrested without harm, but the unarmed Texan gave officers no reason for them to be aggressive

Racial and religious tensions appear to be more and more strained by the day. It is widely believed that people of certain characteristics are treated differently (often for worse, not better) because of their race, religious beliefs, gender, or any other aspect. Debate has arisen worldwide around whether minority citizens are treated more aggressively by members of authority, and whether white citizens are treated more positively and leniently by the same organisation. Comparisons in the criminal field have been made between two people of different ethnicities or religions who were convicted for crimes such as petty theft, rape, murder, and essentially everything above and below, with these claims insisting the Caucasian suspect was treated more leniently than a minority suspect.

Bizarrely but not surprisingly this has also lead to criticism of the unfair treatment of terrorists, with many highlighting the difference in the way that Islamic jihadist terrorists are often killed by police during their attack, whereas white (often far-right) terrorists are usually taken into custody. Whilst it is hard to believe that people would complain in defence of the Islamic jihadists and that they were somehow treated too harshly, is it prevalent that Islamic jihadists are more often killed by police than white attackers who are often apprehended and taken in alive.

Whilst this disparity may appear to give fuel to the fire of discrimination, that is not the case. Ironically the fact that jihadists are more likely to be killed is actually of huge benefit to the perpetrators and to the cause they are fighting for. White perpetrators are usually taken into custody and again this is often done so to benefit their desires and their cause. Sometimes however this is reluctant and against their wishes.

This is not due to discrimination against one persons characteristics, nor is it due to a preference to one race, this is due to fairly basic and fundamental aspects of each type of terrorism. Islamic jihadism and far-right terror may be seen in some ways as a reaction to one another, but they cannot be compared like-for-like, at least not in this way.

Islamic Jihadists Want To Die, They Have To

A huge part of carrying out an Islamic jihadist attack is to be killed within your assault, whether this is through being killed on impact of a hijacked plane hitting a tower, being killed by the explosion from your suicide-bomb such as in Brussels, to be shot dead by responding police officers such as Orlando or San Bernardino, or any other way that takes your life. Through this the perpetrator believes they will achieve martyrdom and reach the kingdom of Allah, and for a majority of jihadist perpetrators this is their ultimate goal. Given that perpetrators of attacks will follow the strictest and most fundamental writings of Islam and given that suicide is strictly forbidden within the religion, taking ones own life is the exact opposite of what they aim to achieve. For them, they absolutely must be killed in their attack. If they cannot die on impact and if they cannot take their own life, the police offer a near-certain way of achieving martyrdom for even the most meek jihadist.

Many jihadists actively put effort into making their death as likely as possible, and this is most likely why suicide-bombings are so predominantly carried out by Islamic jihadists as opposed to perpetrators of other motivations. This combines the potential for a death toll and the far higher likeliness of death even without police intervention.

Jihadists will even utilise entirely harmless components in order to provoke a fatal response. In terrorist attacks in both Whitemoor Prison (UK) and London Bridge perpetrators have worn harmless hoax suicide vests in order to give responding armed officers no choice but to fatally shoot them at the first opportunity. Police simply cannot take the chance that the vests may be entirely ineffective. They have no choice but to shoot to kill, and jihadists know this. 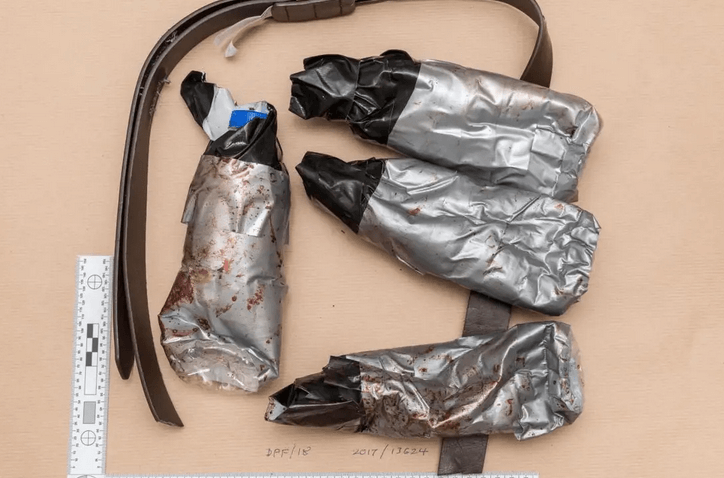 Not every jihadist has succeeded in achieving their martyrdom however. After carrying out a truck attack in New York in October 2017 the perpetrator brandished both a paintball gun and a pellet gun, both of which are effectively hopeless for attacking purposes. The Uzbeki attacker was then shot in the chest by armed police although much to his dismay he survived. Just miles from the scene of the attack, another failed attempt at martyrdom was carried out in a New York subway when a paltry suicide-bomb comprised of sugar and Christmas tree lights barely achieved the martyrdom of the perpetrators t-shirt.

Jihadists want to die, they must die to achieve their martyrdom, and they will do (almost) anything they can to be killed in their attack.

The “Leniency” Of White Terrorists?

Firstly, many far-right terrorists who want to die go on to carry this out the easiest way by taking their own life (something jihadis cannot do). However, for the far-rights terrorists who do not take their own life and and where their resolution requires intervention it is understandable to think that far-right attackers (often but not always white) should also be killed by responding police. After all, this person would likely have killed several people and could potentially still pose a dangerous threat to the nearby area. It is worth remembering however that the police want to catch everyone alive so that they can serve justice in jail instead of giving them an easy way out.

On the complete flip-side of Islamic jihadists, far-right attackers often want to survive their attack in good health and will actively try to make sure this is as likely and harmless as possible. One factor in this is that many far-right terrorists draw inspiration from Anders Breivik, perpetrator of the Oslo-Utoya assault in 2011 which still inspires attacks around the globe to this day. Breivik survived his twin-attack in Norway and surrendered peacefully without any resistance. During his much-publicised court case the Norwegian used the attention to further publicise and promote his ideology and his motivations for the attacks to a nationwide audience. In turn, this has also assisted to inspire numerous attacks that citied him as an influence. Christchurch mosque gunman Brenton Tarrant also appeared to use various methods both in an out of court to draw further attention to his twin-attacks, such as referencing well-known YouTuber PewDiePie and using an OK hand signal. Unfortunately for Tarrant, New Zealand media was order not to publicise his ideologies for fear of contamination, and were ordered to avoid giving him notoriety.

On The Other Hand

Sometimes individual circumstances decide whether a right-wing attacker will be eventually apprehended or whether they will have the choice be able to take their own life (such as Hanau gunman Tobias Rathjen or Isla Vista gunman Elliot Rodger).

Some perpetrators will be reluctantly disarmed by those they targetted, such as Baerum (Norway) mosque shooter Philip Manshaus who was overpowered by an elderly patron of the building and disarmed before police could arrive. By the time officers reached the scene of the attempted shooting Manshaus was overpowered, down and out and ultimately ineffective.

Some will have their weaponry fail, thus giving them no means of continuing their attack and no means of taking their own life, making surrender their only option. Poway synagogue shooter John Earnest fled the scene after his rifle jammed and soon after called 911 to report his own shooting. Earnest surrendered to responding officers without incident and gave officers no reason to use aggressive force. In the German city of Halle, gunman Stephen Balliet had no real opportunity to take his own life given that his own weaponry was in his own words “shit” and would therefore likely have failed just like it had done numerous times throughout his attempted assault on a nearby synagogue (which he failed to even gain entrance to). 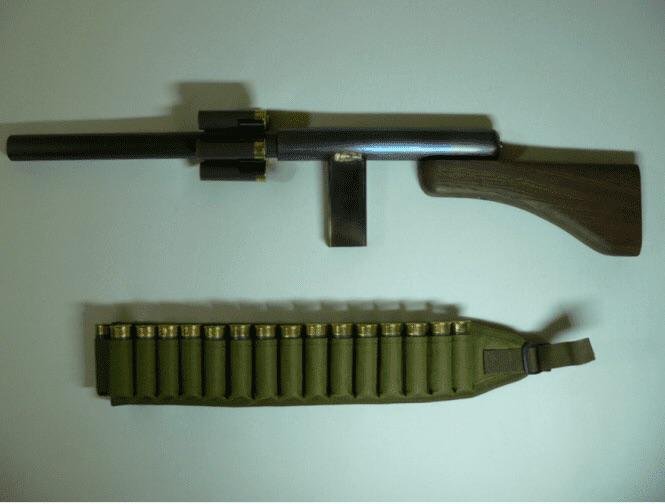 Some terrorists are injured by armed police and accept their fate before giving themselves up. Pittsburgh synagogue gunman Robert Bowers opened fire on responding officers who in return fired back. Bowers was injured and took cover deep inside the synagogue building. Just over an hour after first responders reached the scene and fired upon Bowers he surrendered having been shot multiple times. Some terrorists give themselves up peacefully without the need for gunfire between officers and suspect. El Paso gunman Patrick Crusius opened fire in a Texan Walmart in his attack that targetted Hispanics. Having fled the scene Crusius drove to an intersection and willingfully identified himself as the gunman where he was arrested peacefully and without incident.

Police officers of all nations want to take perpetrators of all motivations into custody so that they can face justice for their crimes, be it a jihadi, far-right, or any other type of attacker. Not all terrorists are the same and not all types of terrorists follow the same guidelines and pre-requisites for their attacks. The jihadis seek out death at all costs in order to achieve their martyrdom and more often than not they achieve it one way or another. Far-right terrorists do not have this overwhelming desperation to die, and on many occasions they give themselves up whether they want to or not.