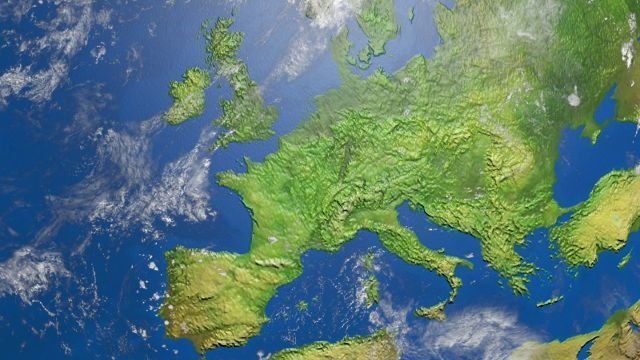 Europe has suffered recurrently from Islamist jihadist attacks over the past several years, with numerous major cities being targeted as well as various smaller locations also being hit. Due to several factors such as Islamic States loss of territory in Iraq and Syria, increased intelligence operations, and various other contributing factors, the severity and casualty toll of Islamist attacks within the continent has thankfully decreased significantly over recent years. Nonetheless, a UN report in August warned that a new wave of jihadist attacks is possible before the end of 2019. Here, we track all incidents of jihadist terrorist attacks on Europe in 2019.

(This article is constantly developing, therefore incidents may be added/removed if they are found to have or not have terrorist intent at a later date. This also does not include foiled plots.)

No-one was killed but a woman was badly injured after a knife attack in a supermarket in Oslo, Norway. The chief of Norways police intelligence agency (PST) listed the incident as a terrorist attack. The incident would be the first Islamist terror attack in Norway.

No-one was killed but two prison guards were injured after a radicalised terrorist attacked them with a knife inside a Conde-Sur-Sarthe (France) prison. The knife used in the attack was smuggled in by the attackers spouse and bypassed security metal detectors having been made of ceramic. The attacker and his wife barricaded themselves in a room before armed police back-up arrived. The gunman was injured and arrested, his wife was killed. Anti-terror police took over the investigation, and a police source told the AFP that the attacker was radicalised whilst in the prison.

3 people were killed as a gunman opened fire on a tram in the Dutch city of Utrecht, a further victim later died of their injuries days later. Six other people were left injured. The Turkish-born attacker fled the scene causing a nationwide manhunt before his arrest the following day. A letter found in a vehicle belonging to the suspect hinted towards a terrorist motive, while a representative for the prosecutors insisted that the gunman had admitted three charges: murder or manslaughter with a terrorist intent, attempted murder or manslaughter with a terrorist intent, making threats with terrorist intent.

Nobody was killed but 13 people were injured after a parcel bomb exploded outside a bakery in the French city of Lyon. The package was dropped off by the 24 year old suspect a minute before it detonated. According to France24, the suspect “had an interest for jihadist thesis and IS's activities”, whilst the New York Times reported he had pledged allegiance to Islamic State.

A 23 year old migrant from Yemen stabbed an Italian soldier with a pair of scissors in front of the Central Station in Milan (Italy). He attempted to flee the scene before being blocked and arrested by assisting officers. The motivation surrounding the attack appears complex. The perpetrator had shouted “Allah Akhbar” when he was arrested, and later insisted he wanted to reach the paradise of Allah by being killed during his attack. However, the attacker later denied any links to jihadist networks and denied being a terrorist. There appeared to be little other evidence to support the notion that he did it under terrorist intent. Given that he had been sleeping rough for several days it is believed he may have attempted suicide by police (as suicide is forbidden in Islam) and attacked the soldier for the primary purpose of bringing about his own death.

3 police officers and an administrator were stabbed to death and an additional victim was injured by a fellow employee at the Police Prefecture in Paris, France. The attacker used a ceramic knife in order to bypass metal security detectors before he was shot dead outside the building by a young police intern. Initial investigations hinted at workplace violence given the perpetrator had worked in the building for around 15 to 20 years, however further investigations hinted towards jihadist motivations and anti-terror police took over the case. The attacker was believed to have converted to Islam within the last year and a half, had shown signs of “adhering to a radical version of Islam” according to anti-terror prosecutors, and according to France24 had allegedly expressed support for the Charlie Hebdo terrorists of 2015, insisting the cartoonists “had it coming”.

2 people were killed and a further 3 people are injured in a stabbing attack on London Bridge (which two years earlier had seen the deadly London Bridge van and knife attack carried out by 3 perpetrators). Citizens responded almost immediately to the threat and subdued the assailant using fire extinguishers and even a narwhal tusk among other objects until emergency services arrived. The attack was classified as terrorism by high-ranking UK security officials, and occurred in the same month that the UK terror threat level was lowered from "Severe" to "Substantial". The perpetrator, a convicted terrorist who had previously been released from a jail sentence, was also killed having been shot dead at the scene by responding armed police. The attacker was also wearing what was believed by police to have been a suicide bomb vest, although this turned out to be fake.

Seven jihadist attacks were carried out within Europe in 2019, resulting in 10 deaths and 27 injuries. By comparison, seven completed Islamist attacks in the previous year of 2018 (according to data by TE-SAT) lead to 13 deaths and 43 injuries.

Some incidents, such as the Limburg truck ramming and the Manchester Arndale stabbing, were previously believed to have been probable or possibly terror-related, only for this perception to change upon further investigation, or for lack of evidence to show a terror motive. On the alternate side it is not impossible that seemingly non-political or non-religious attacks can be later be credited as being politically or religiously inspired terrorism. The July 2016 Munich shooting was at first believed to have been a random act of violence, although years later in October 2019 it was declared by police to have had "radical right-wing" motives.