US School Shootings Since 2009 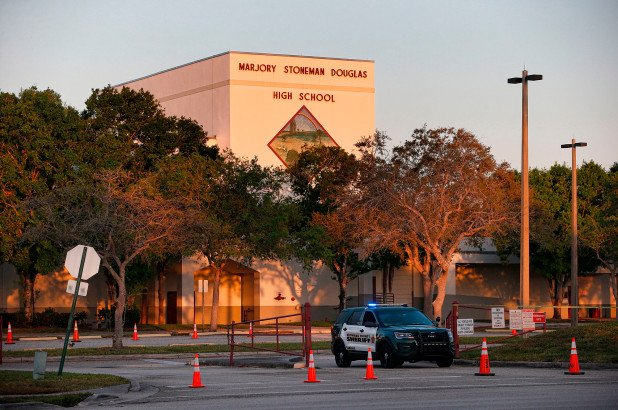 RESULT: False, although there has been approximately 25 attacks since January 2009.

In late-mid May 2018, CNN made an astounding claim that the United States had seen 288 school shootings between January 2009 and May 2018. The claim was highly topical at the time given it was made around a week after the Santa Fe High School shooting on May 18th 2018, during which 10 people were killed and another 12 were wounded. Months prior to that incident was the Stoneman Douglas High School shooting which resulted in 17 killed and 17 injured in what remains to be the worst high school shooting in the nations history. To many, 288 seemed unrealistically high, as that would amount to a school shooting every 11 days (between 1/1/2009 and 18/05/2018) even before you remove weekends and holidays. 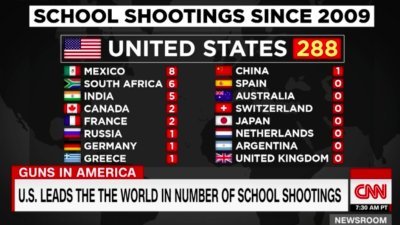 What's Wrong With The Claim?

The point of this article is not to attack CNN or its integrity but to gain a firmer understanding of how many real attacks there has been. Within their 288 incidents CNN appeared to include incidents of gang- and drug-related violence, domestic incidents, targetted individual vendettas, accidental gun discharges, arguments, and various other motivations that are not generally considered "attacks". For example, the shooting at Great Mills High originally appeared to have been an attack, however it was later revealed to have been a domestic dispute taken to school. This article will look at how many indiscriminate attacks have been carried out. It won't include plots or failed attempts if they are prevented before the attack took place (notably Dennis Intermediate School) but will include attacks that were intervened upon having already begin (such as Noblesville).

The USA has witnessed around 25 school shooting attacks since January 1st 2009. These range from largely ineffective attacks such as the attempt on Dixon High which left no-one injured bar the perpetrator, to massacres such as the attack upon Sandy Hook Elementary which left 26 dead and 2 injured.

These attacks are listed below:

* The Santa Monica shootings covered 9 locations, only the shootings outside and inside the college are included here.

Given the specific time-frame of January 2009 onwards, this will neglect to mention other significant attacks such as the one at Columbine High School in April 1999 which left 13 dead and has since inspired a wave of copycat attacks either perpetrated or attempted. It also does not include the 2007 Virginia Tech massacre which saw 32 dead and 23 injured in what remains to be the most deadly school shooting in world history (provided you remove jihadist and militant attacks; as well as the Bath school disaster in which most of the fatalities were caused by explosives; with these included Virginia Tech is 9th overall).

25 is of course a drastic reduction from 288 (which was never really plausible) however 25 school shootings within this period is still a significant amount especially given the high fatality toll from several of them. The United States has the highest rate of guns-ownership-person in the world, and the Small Arms Survey 2018 suggests this could be as high as 122 guns owned for every 100 people. Therefore high accessability to firearms is of course likely to be the biggest singular factor. However it is unlikely to be as straight forward as this.

One possibility may be that schools are seen as ideal targets given they hold a large amount of people broken down into smaller clusters, as acknowledged by Sandy Hook shooter Adam Lanza. A shooter can attack a classroom of 20 people then simply move onto the next class.

A further reason may be the easier attempt to gain notoriety or publicity as school shootings are general more reported on than if a similar victim count happened elsewhere such as a concert or a town hall. The Marysville-Pilchuk shooting received extensive amounts of coverage however the Nashville Waffle House shooting did not, despite the similar victim numbers.

School shootings CNN 2009 US
European Jihadist Attacks In 2020
US Firearm Mass-Murders 2020
Are Islamic Jihadists More Likely To Be Killed Than White Terrorists?
Comments