Everything New Zealand Got Right After The Christchurch Attack 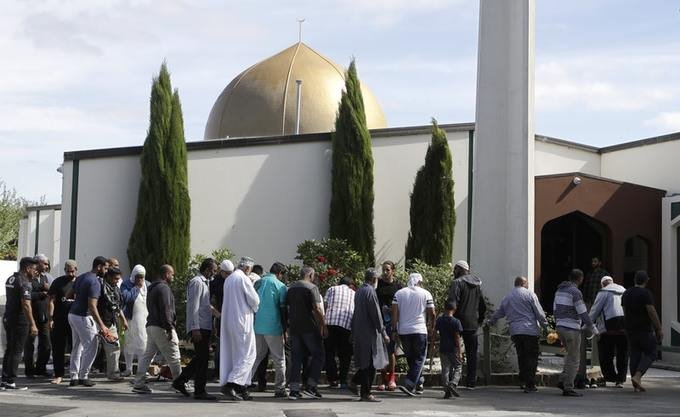 Of all the nations in which to expect a large scale terrorist attack, New Zealand must have ranked fairly low. However, after the Christchurch terrorist attack of 2019, the small nation of less than 5,000,000 appears to have become a textbook example of how to deal with such incidents in their aftermath. Here is what New Zealand did right after the Christchurch attack:

Refusing Notoriety To The Gunman

New Zealand Prime Minister Jacinda Ardern refused to speak the gunmans name publicly in order to deny him the notoriety and borderline cult-like celebrity status that can come with such attacks. This move is not without good cause as various attackers in previous incidents across the world have become almost household names, turning the perpetrator into a morbid notorious "celebrity". The concept of refusing to name a perpetrator (or at least limiting this) is nothing new and has been carried out by police chiefs after various other incidents, notably the Umpqua Community College shooting in 2015 and more recently the Virginia Beach massacre of 2019, and is a concept that appears to be gaining momentum with anti-notoriety activists and the media. It is rare however that a head of state should be so open and adamant about their refusal to name the perpetrator for these reasons. Ardern insisted he should remain "nameless".

The five biggest media organisations in the country all signed an agreement to limit their coverage of the gunmans trial in order to deny him the rolling publicity and resulting notoriety, as well as to prevent the spread and glorification of his white-supremacist and anti-Islamic motivations. Pictures from within the courtroom were allowed however they were required to pixelate his face, although the attacker managed to subvert this by making a reportedly-racist gesture with his hands. In early June, a judge lifted this restriction, and allowed unpixelated images of the attacker, although this was due to witness identification purposes.

Given that the gunman broadcast the assault on Facebook Live, the attack appeared to have been made to create notoriety and to spread like wildfire throughout social media. The gunman mentioned various high-profile internet celebrities such as Pewdiepie (who at the time had around 90,000,000 YouTube followers). Inevitably, footage of the shooting was spread on other platforms such as Twitter within minutes of the attack happening, and major platforms such as YouTube frantically rushed to remove re-uploads of the attack within the following days. The 17 minute footage was later considered to be "officially objectionable" by the New Zealand government, urging people to destroy any copies of the video. Jacinda Ardern also created the "Christchurch Call To Action" summit, an initiative between countries and service providers to erase extremism from the internet, to which 17 countries signed the agreement (which admittedly is non-binding).

The perpetrators manifesto (which was sent to various high-ranking officials before the attack) was also considered "objectionable material" a week after. Chief Censor David Shanks insisted the text was not so much a manifesto but a "crude booklet that promotes murder and terrorism" and one that "identifies specific places for potential attack in New Zealand", categorising it alongside ISIS publications. Possessing either the video or the text could now be punishable by law, whilst distributing it could follow with more serious charges. The spread of a perpetrators manifesto has previously been linked as inspiration to other attacks, notably the Toronto van attacker of April 2018 who cited the Isla Vista gunman as an inspiration.

Less than a week after the attack, Jacinda Ardern banned the sale of all military style semi-automatic rifles and assault rifles, and insisted more regulations would follow. In mid-April, the New Zealand government voted 119 to 1 to extensively reform its gun legislation. These efforts were hampered somewhat by reported increases in gun sales post-attack although a hand-in amnesty would run until the end of September. Ardern also released a blueprint towards a gun buyback scheme similar to that of Australias in 1996. Arguments have been made that gun reform is exactly what the shooter wanted as claimed in his manifesto, however given the sheer one-sidedness of the vote (almost entirely unanimous) this is evidently what New Zealand wanted most importantly.

Putting Focus On The Victims

Besides denying the guman attention and notoriety, New Zealand focused on the victims and survivors primarily. The country offered to renew the visas of all survivors as well as their immediate relatives (around 190 people) whilst Prime Minister Jacinda Ardern visited and consoled grieving relatives on numerous occassions. Funeral costs for the deceased would also be covered through the Accident Compensation Corporation to the amount of $10,000.

New Zealands response to the massacre makes a refreshing change from what the world appears to have become used to following large scale terror attacks, such as the typical backlash towards race or religion, or the roundabout of copied and pasted gun debate. Despite being a small nation of less than 5,000,000, New Zealand appears to have taught the world a sincere about about social, legal and compassionate responses to incidents perpetrated to tear a community apart. As Prince William stated: "To the people of New Zealand and the people of Christchurch, to our Muslim community and all those who have rallied by your side, I stand with you in gratitude to what you have taught the world in these past weeks.".