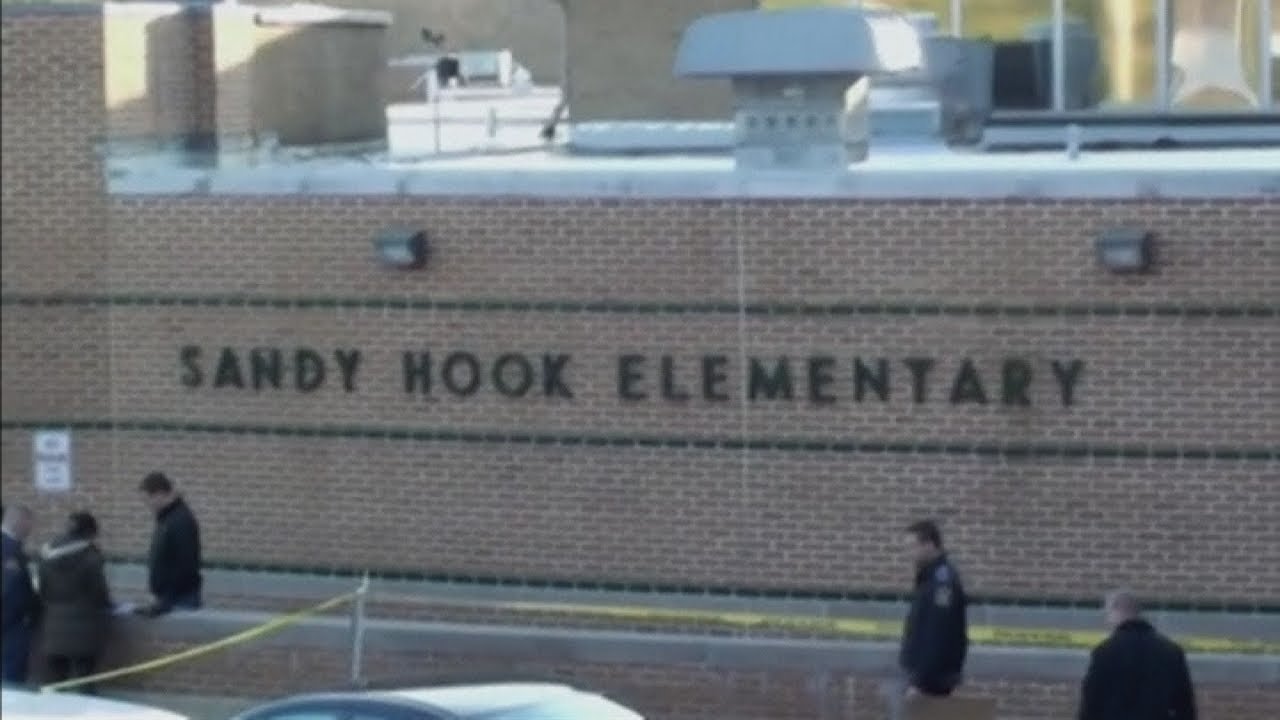 Almost 10 years after the Sandy Hook Elementary School massacre took place on December 12th 2012, and almost 10 years after InfoWars and it's creator/host Alex Jones first began peddling volatile conspiracy theories towards the shooting that killed 20 school children and 6 adults, Jones is at last being taken to task for his atrocious smear campaigns... financially at least. On August 4th 2022 Jones was liable for around $4m to the parents of murdered Sandy Hook student Jesse Heslin, and the following day he was forced to pay an additional $45m to the family.

Since the shooting in December 2012, at time the second-deadliest mass-shooting in US history, Jones has astutely and repeatedly asserted that the massacre was a governmental conspiracy carried out in order to garner sympathy and gain public support towards passing stronger gun control legislation under the Democratic presidency of Barack Obama.

Jones' conspiracy theories towards the Sandy Hook shooting are at best bizarre and laughable, but are at worst volatile, deluded, and downright dangerous, causing further catastrophic damage to the lives of those who fall into it's firing line. Jones and InfoWars have long asserted that the families of the deceased are governmental “crisis actors”; in other words: they are playing the role of grieving families despite no-one having been murdered at the elementary school... ever. No-one was murdered, at all, and they are simply pawns in a great governmental hoax orchestrated to ban guns.

The trial itself began with an embarrassing catalogue of errors for Jones. No-one appears to be less on his side than his own legal team who accidentally sent his entire phone documentation to the opposition side. Jones' has also opened up the possibility of criminal charges for perjury after blatantly lying about posting photos of the lawsuits judge on fire. 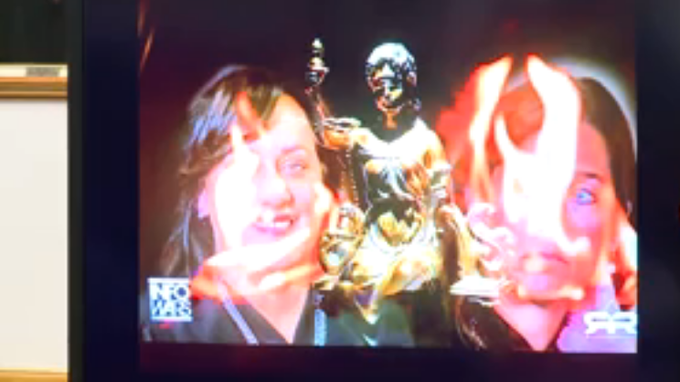 Unfortunately, the skidmark that Jones and InfoWars have left on society and political discourse (particularly in response to mass-shootings and other public attacks) does not end in Newtown, Connecticut. The concept of an accusatory response to mass-shootings have, since Sandy Hook, become far more of a mainstreamed and normalised aftermath that the victims, the family of the victims, and on several occasions entirely uninvolved people have to face.

In 2017 a far-right extremist drove into a crowd of counter-protestors during the Charlottesville “Unite The Right” rally, killing activist Heather Heyer and injuring 35 others. Amongst the chaos was photographer Brennan Gilmore, who captured the attack on video and uploaded it to Twitter. Soon after, the footage went viral, and soon after that, the allegations upon himself continued. Jones and InfoWars (amongst several other outlets) accused Gilmore of being a government operative within the “false-flag attack”. Gilmore received hate mail, death threats, hacking attempts, and personal harassment as a result of the accusations. Jones later agreed to pay the sum of $50,000 to Gilmore to settle the lawsuit. 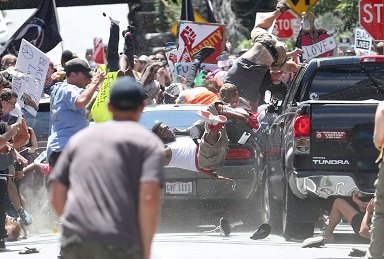 In the aftermath of the 2018 Valentine's Day massacre at Stoneman Douglas high school in Parkland, Florida, Jones levied allegations that Marcel Fontaine (a Boston man who had “never set foot” in the sunshine state) was the gunman. InfoWars centre their accusations around a viral photo of Fontaine wearing a t-shirt of Karl Marx in what Jones called “communist garb”. Fontaine himself is seeking damages from InfoWars.

Jones is not the only conspiracy theorist at InfoWars openly supporting false-flag advocates. Owen Shroyer openly and on camera gave advocacy to “Sidethorn” and “Conspiracy Granny”, a conspiracy theorist duo who believe almost every major attack ranging from that in Pulse nightclub (Orlando) to the Manchester Arena bombing in England are government hoaxes. In May of 2018, the duo were arrested outside the church of Sutherland Springs (Texas), the site of a deadly armed massacre that left 26 dead), for harassing the churches pastor, whom himself lost his 14 year old daughter in the attack. 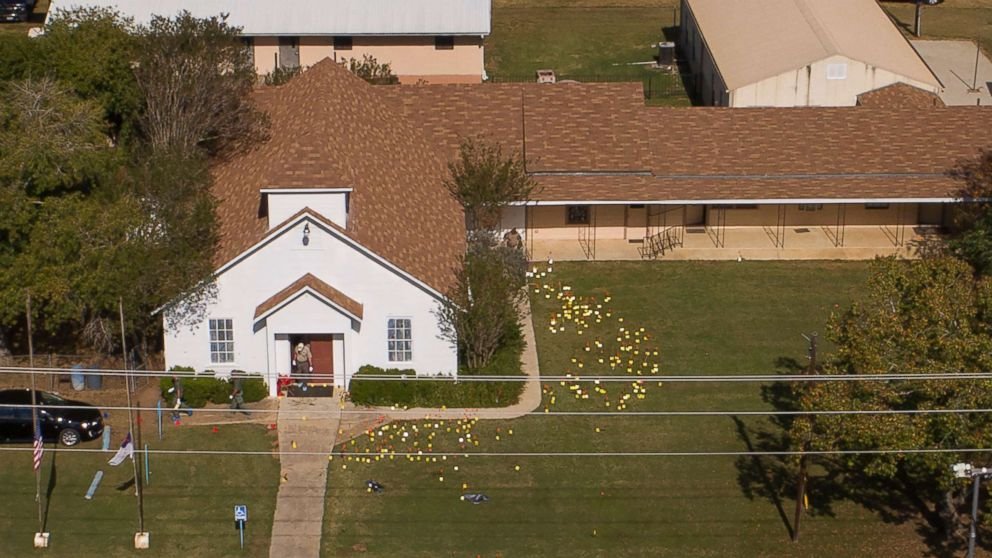 Sutherland Springs, the site of Texas' most deadly firearms massacre

Jones has financially been taken to task for his brutal harassment of the families in Newtown, Connecticut, but his overall impact on society is unfortunately here to stay for a long time at least. Such conspiracy theories in previous decades would have been seen as nothing more than the incoherent ramblings of a mentally deranged or trying-too-hard attention seeker, begging for recognition or desperate to bump up the ratings of their minor public-access or illegal radio show. Alex Jones' fully-fledged abuse on society remains to be that he has normalised such theories, not just to his own followers, but into the public reaction post-attack. After the white nationalist attack upon a Buffalo supermarket that left 10 dead, an Arizona GOP lawmaker claimed the gunman to be a “fed” and that the shooting was evidentially a “false flag”. Republican Marjorie Taylor Greene is also alleged to have shown support for false-flag propaganda surrounding the Parkland high school massacre in early 2018.

The ruling in regards to the Sandy Hook lawsuit will not make any difference to InfoWars supporters. Realistically it can't. They simply cannot let it change their view of someone they see as a figurehead of “truth-telling”. InfoWars appeals to a certain kind of person: disillusioned against what they see as the “lying mainstream media” and “fake news” and who see him as something of a Messiah who speaks out against this. Even for those who believe he deserved to lose, their catch 22 situation regarding the lawsuit is that they can't possibly see him as a truthful alternative to “lying media” when they themselves believe he is either wrong or lying about Sandy Hook. Jones appeals to those willing to defy logic and common sense regardless of how ridiculous the claim, and aggressive enough to defend themselves against even the most inevitable ridicule. For them, the criticism only solidifies their belief that he is right.
Jones' supporters will assert that he has a right to an opinion and that he has the legal right to free speech to tell it.

Unfortunately for him, those in his firing line also have the legal right to the defence of defamation.

sandy hook infowars conspiracy theories
Myth Of The "Lone Wolf" Terrorist
Police Killings & Media Attention - Is There A Bias?
Is Charlie Hebdo The Last Hope For ISIS In Europe?
Comments