Is Charlie Hebdo The Last Hope For ISIS In Europe? 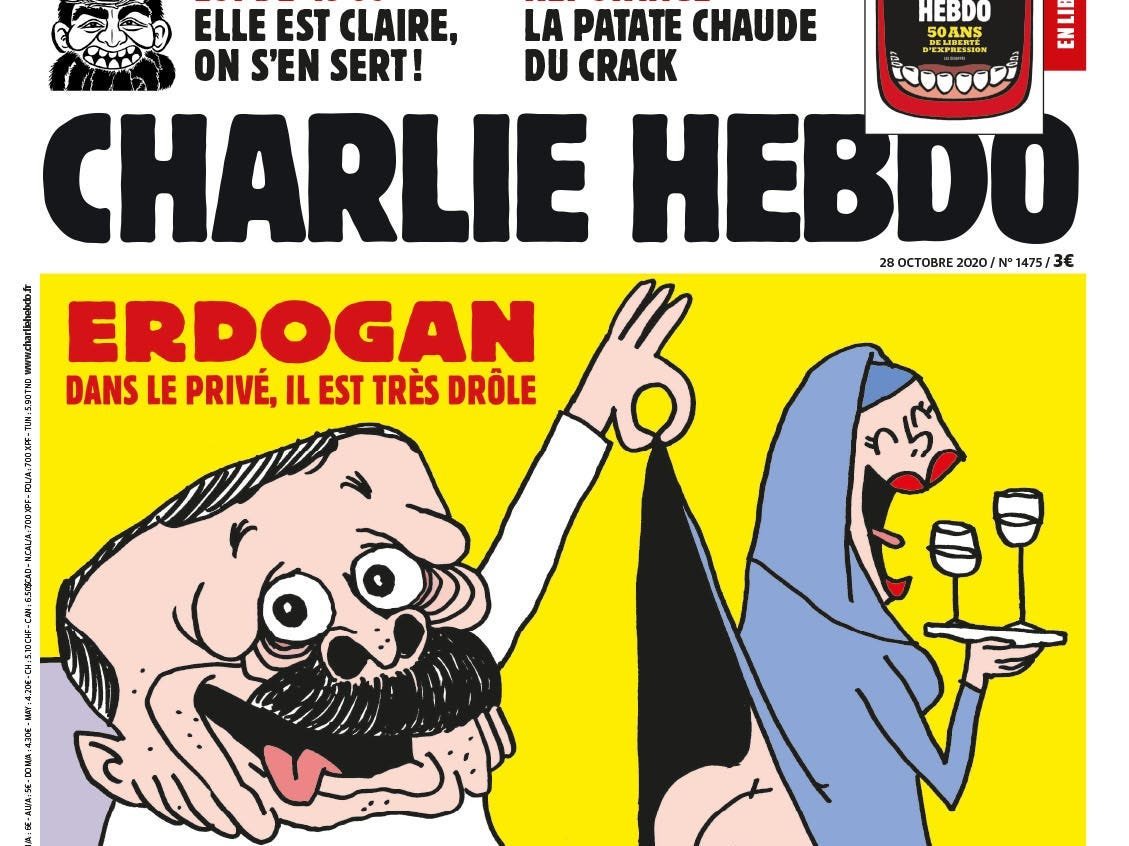 It is Islamic State's worst kept secret that they were, and still are, on the decline. Despite leaving a bloodied trail that spanned the world over the past half decade the group has now receded to become a shadow of it's former self. The group have failed to carry out an attack claiming 10 or more lives since the Las Ramblas massacre of August 2017, whilst the death toll from jihadist attacks has declined sharply from 150 in 2015 to only 10 fatalities in 2019. Having lost their caliphate in Iraq and Syria and having faced increasingly extensive security efforts from governments across the world the group just can't mobilise or inspire attacks to the same devastation of previous years. To add to the organisations woes the Coronavirus pandemic put a further nail in the coffin of the jihadist group. The virus became so deadly that even the worlds most notorious terrorist group suggested their followers stay away from the “infected” European continent. The biggest detriment though is government lockdowns designed to prevent the spread of the virus, leading to the closure of bars, nightclubs, and the prevention of large crowds at (for example) football games and concerts. These closures of course starves the group of their primary target: indiscriminate public gatherings. In addition to this, attacks that are carried out will have to fight in vain for the valuable media exposure that the group so desperately craves against round-the-clock coverage of the pandemic and it's latest developments.

It was not surprising therefore that the European death toll from jihadism in Europe looked set for a fifth straight year of decline (congratulations). Unfortunately however, Islamic States old “frenemy” French cartoonists Charlie Hebdo appear to have given inadvertent breath back into the terror groups operations and stature in Europe. In January 2011 the French satirists published a cartoon depicting the Prophet Muhammad which lead to a retaliatory firebombing attack upon their offices in November of that year. Four years later their offices were attacked for a second time after a mass-shooting massacre left 12 dead and 11 others injured. In a similar vein, a lesser-known shooting attack took place in Copenhagen in February that year, leaving two dead and five injured. Swedish cartoonist Lars Vilks, who in 2010 was placed upon an Al-Qaeda hitlist, was believed to have been the primary target owing to his recurrent publication of drawings of the Prophet Muhammad.

Nothing appears to mobilise jihadists into action as aggressively as media (however innocent and inoffensive) depicting the Prophet Muhammad. In 2012 an incredibly amateur fourteen-minute short film “The Innocence Of Islam” lead to worldwide protests that rallied hundreds of thousands of people onto the streets in anger. Even the notorious Christchurch terrorist attack that left 51 Muslims dead and 40 others injured did not inspire as much of a hostile response. Thankfully the dust kicked up from Charlie Hebdos publications appeared to have settled in time... until Charlie Hebdo republished the cartoons in September of this year.

The move came as a result of the upcoming trial of 14 assailants believed to have been involved in the January 2015 massacre. The September 1st republications did not take long to inspire a further and third attack upon the cartoonists. On September 25th two people were stabbed by a lone-knifeman outside the satirists now-former offices. Yes, he really did get the wrong address. Just under a month after the botched Charlie Hebdo stabbings French school teacher Samuel Paty, an educator known for his free speech attitude and whom had recently shown his young students cartoons of the Prophet in one of his classes, was publicly beheaded in the streets of Conflans-Sainte-Honorine. A further stabbing attack took place in late October where a church in Nice was targetted, leaving 3 dead, and in early November a mass-shooting attack in Vienna (Austria) left four dead and as many as 23 injured, however in these two attacks it is unclear if the Charlie Hebdo cartoons played any role in arousing these attacks.

The cartoons depicting Muhammad are not the only cause for uproar that Charlie Hebdo have created, as publications depicting a drunken Turkish President Recep Tayyip Erdogan lifting up a Muslim womans hijab in order to reveal her buttocks created fireworks between the Turkish premier and French President Emmanuel Macron. Erdogan accused the “immoral” magazine of “cultural racism” whilst Macron defended the cartoons from a standpoint of free speech. Nonetheless, the increase in Turkish hostility towards a nation already heavily battered by jihadism is cause for concern, and widescale protests of French products may be the least of France's worries.

With the Nice church attack raising the European death toll to 11, and the Vienna attack raising it to 15 deceased, Europe has now suffered more jihadist fatalities than the previous year (of which there were 10 deaths). As tensions against the French appear to be reignited once again due to Charlie Hebdo and with the conclusion of the January 2015 attack trials still to be completed further republications of the cartoons may lead to even further retaliatory attacks and even more fatalities across the continent. Charlie Hebdo have repeatedly stated that free speech is priceless however with such aggressively hostility meeting these publications nobody knows more than them that is comes with a cost.