3 Ways US Gun Violence Affects The Rest Of The World 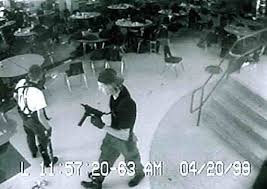 Gun control and gun rights within the United States frequently becomes a highly contentious issue. Whilst it is a constant thorn in the side of politics, debate primarily peaks after mass-fatality incidents such as those in Parkland (Florida) or Sutherland Springs (Texas). Gun violence however is a health and safety issue that has long affected the nation. In 2018, the US suffered 14,766 gun homicides, in 2017 this number was 15,667, and in 2016 around 15,108 people lost their lives to gun violence (all as reported by gunviolencearchive.org).

The US gun-rights debate is largely considered to be an entirely domestic issue due to the fact it centres around the nations own constitutional Second Amendment, hence many Americans can become dismissive of external pressures from other countries to create gun reform. Nonetheless, the lax gun laws of the United States has had a growing negative affect on various other countries across the world. Here are three ways the United States gun violence and politics affects the rest of the world.

Columbine was not the first major school shooting in the USA; it was preceeded by the 1966 University of Texas Tech clocktower attack. However, not many attacks within the US gripped and shocked the country as the events of April 20th 1999 which lead to the deaths of 13 and the injuries of 24 others. Twenty years later and Columbine continues to inspire attacks not just in the USA but throughout the world.

In the United Kingdom in 2018, two teenage boys were jailed for plotting an attack they hoped would be "one of the worst atrocities in British history" having developed a "hero-worship" towards the Columbine perpetrators Eric Harris and Dylan Klebold. The British duo researched bomb-making materials and techniques and began collecting an arsenal of weaponry before their secret hideout was discovered. The prosecuting judge ruled that they had intended to create “terror on the scale of the school shootings that have been seen in America”, and each of the duo were sentenced to 10 and 12 years imprisonment. More recently, a 19 year old from Gloucester was found guilty of plotting a similar attack and viewed the  duo as "poster boys".

In 2018 the Crimean city of Kerch witnessed a school shooting that drew eerie comparisons to Columbine. Pictures of the gunman during his rampage show him dressed in a similar style to Columbine attacker Eric Harris, and just like in Colorado the teenage gunman used explosives during a rampage that lead to the deaths of 20 innocent people, before he ended the attack by taking his own life in the library. The teen allegedly aspired to become famous as the gunman of the Russian version of Columbine. The assault was not the first attack on a Russian school believe to be inspired by events in Colorado. Earlier in 2018, two teenagers who showed an obsession with the American duo began a stabbing rampage in the city of Perm in an attack that lead to the injuries of 15 people (but no fatalities). An axe-attack in 2017 in Moscow also showed numerous connections to Columbine. 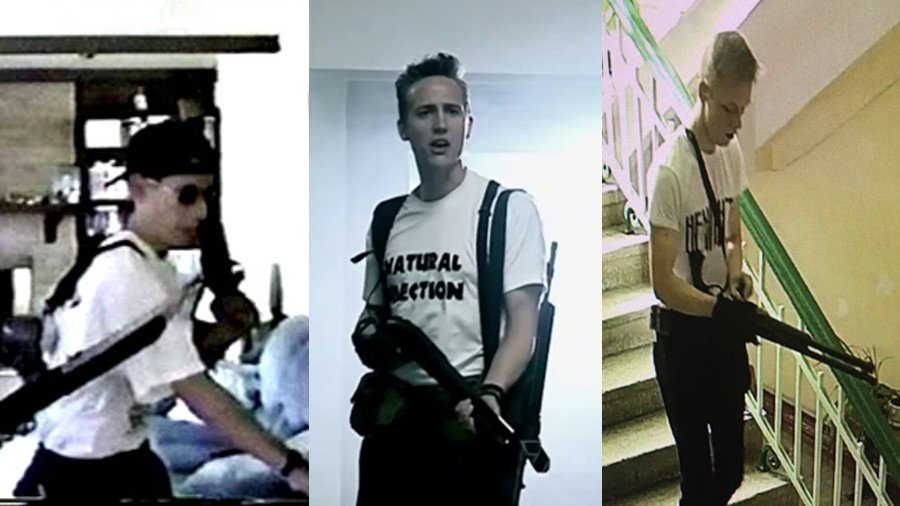 Various other attacks across the world have taken inspiration from the events of 1999, including attacks or attempts in Finland, Spain, and France. In March of 2019, two gunmen opened fire on a Brazilian school, killing 8, in an attack that police investigators said was “hoped would draw more attention than the Columbine massacre”. In Australia in March 2019, two teenagers obsession with the Colorado attack led them to plot a high school shooting of their own.

It could be argued that Columbine is in the past and that ultimately the USA can't exactly undo the attack, which is correct. However, the problem of Columbine in the modern day persists given that school shootings in the US continue to happen, therefore the concept of "a Columbine" and its legacy is still twenty years later being dragged into the present.

Columbine is not the only incident to spawn attacks in other nations. The Isla Vista spree killings in 2014 inspired the Toronto van attack of 2018 in Canada, during an "incel" related massacre that was carried out by a perpetrator who idolised the Isla Vista attacker. The Baerum mosque (attempted) shooter took inspiration from Patrick Crusius' mass-shooting against Hispanics in an El Paso Walmart. It could perhaps be argued that New Zealand is at fault for Christchurch having inspired numerous attacks across the globe, however (1) gun violence is generally rare in the country, (2) the country and any general consistent gun violence it may have is not as influential as the US, and (3) New Zealand acted quickly by banning certain types of rifles almost immediately in the aftermath of the attack.

The NRA hold an influential amount of power in politics within the United States. Part of this power comes from monetary donations to politicians such as Marco Rubio and Ted Cruz, however the organisation is also highly active in mobilising its membership from a grass-roots level in order to swing local or regional elections within their favour. This influence appears to not be limited to the US, as the group has created significant links in other countries such as Canada and Brazil.

In 2019, an Al-Jazeera undercover operation found contact between the NRA and the Australian party One Nation (lead by Pauline Hanson). The Aussie party sought donations to the tune of around $20,000,000 Australian dollars from the American lobbyist group. Hansens chief-of-staff James Ashby and also Steve Dickson discussed with the NRA that if they could receive that kind of money they could change Australia and soften the gun laws towards something more recognisable in America. Additionally, NRA representatives offered media advice on how to handle the aftermath should an attack occur (such as the Port Arthur attack of 1996). NRA media liason officer Catherine Mortensen offered advice to simply say nothing after a tragedy, whilst her colleague Lars Dalseidegave insisted they shame those who put forth an anti-gun argument after an attack as "standing on the graves of children".

Additionally, the NRA has frequently and openly criticised nations with heavily restrictive gun laws such as Australia and the United Kingdom, whilst lauding nations will more lax legislation such as Israel and Switzerland. The NRA's influence does not appear limited to the USA, nor do their arguments consist of affairs within their own borders.

The Dangers For Tourists

The United States prides itself on being a country that many, many people want to go to, however visitors from many countries are given warnings before travelling to the States due to gun violence.

Chinese authorities released a warning to tourists to be cautious of shootings, robberies and thefts, and after the San Bernardino (California) attack in 2015 that left 14 dead, former Australian deputy Prime Minister Tim Fischer insisted that warnings should be put in place for Aussies looking to travel to the US. Research by travelling information site TripSavvy highlighted numerous countries that offer warnings to their citizens heading to the US, including Canada, the UAE, the Bahamas, Germany, and New Zealand.

These warnings are not without reason. With around 14,700 gun deaths (excluding suicides) in 2018, it is not unlikely that tourists or foreign visitors become a victim of such violence. The "monstrous" killing of a Chinese student in Arizona, the shooting of an unarmed German student in Montana, and the shooting of an Indian gas-station worker in California, the killing of an Australian woman by a Minneapolis police officer, and a Pakistani girl killed during the Santa Fe high school massacre, are all mere singular examples of an violent epidemic facing tourists to the country.

Whilst it is understandable to believe that Americas gun-rights issue should remain a domestic one given its roots in the American constitution, it is important to remember that as a country that takes in so many tourists, workers, exchange students etc, every year, the issue does not solely affect American people inside or outside the country, and the politics and consequences of US gun violence can have far reaching repercussions politically, socially, and culturally across the world.