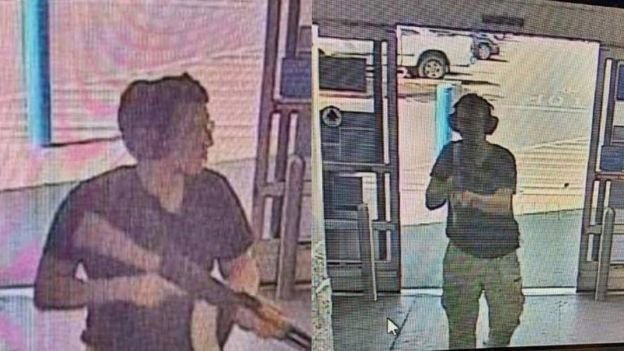 Firearms are not the only weapon used during mass-murders and attacks in the USA (the Westmoreland murders in Tennessee were believe to have been carried out with blunt instruments, whilst the New York attacker of October 2018 used a truck), however they are a common factor in mass-murder within the country. Widescale attacks such as the Las Vegas massacre which killed 58 and wounded around 400-800 gain national and international coverage. However, there is also several mass-murders that go by relatively unseen every year. This article tracked every mass-murder carried out using firearms within the USA for the year of 2019. (A further article will track similar incidents for the year 2020.)

*For clarification purposes, a mass-murder in this tracker is defined as FOUR people or more having been killed in one incident or in a spree attack by guns, not including the perpetrator themselves. Only instances where four or more people are killed by guns will be included. For example, the Phoenix murders in April lead to 4 dead, but one was killed with a baseball bat, therefore this is not included.*

There was an estimated 30 mass-murders carried out with firearms within the USA, an average of one every 11.46 days (approximately). These range from mass-familicide to terrorist attacks. The most deadly was carried out in El Paso, an anti-Hispanic terrorist attack in which 22 people were killed at a Walmart, alongside 24 who were injured (a further victim later died in late April 2020).

US firearm mass-murders in 2019 mapped throughout the country

In addition to those on mainland United States, a further mass-murder using firearms was carried out in the US territory of Puerto Rico, after a shoot-out in San Juan left 6 dead. Other notable mass-murders throughout the year include those in Westmoreland (TN, carried out with blunt instruments), Phoenix (AZ, carried out with gun/s and a baseball bat), Mandan (ND, using guns and knives), Los Angeles (CA, a mass-stabbing spree), Ocala (FL, a baseball bat), New York City (a metal pipe), and Morrisville (PA, suffocation), and a fire in Goodfield (IL) started by a 9 year old.

An additional mass-murder took place in Santa Maria (CA), a shooting and house fire / explosion, however it could not be ultimately determined if all four of the victims were shot dead or died due to the blast, therefore this is not included in the mass-shooting tally. Additionally to this, the Todt family slayings which left 4 dead were believed to have been carried out in "late December", however they were only discovered in late January 2020.

Including these incidents there was (at least) 41 mass-murders within the United States (and Puerto Rico) in 2019, an average of one every 9 days.