Hallowe'en Period Leaves A Horror Trail Across US 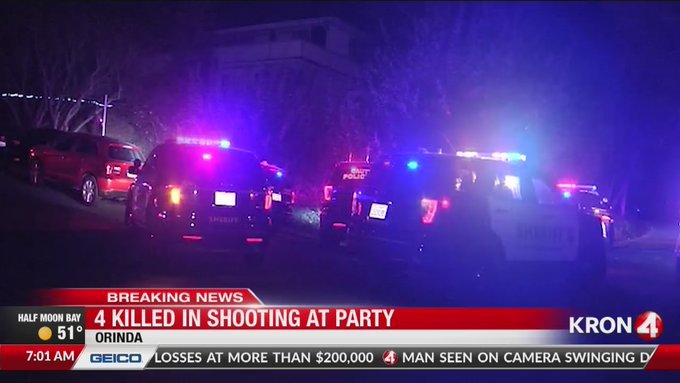 Hallowe'en week in the United States has seen a deadly spate of mass-shooting attacks throughout the country. Of the most deadly shootings, 2 people were killed and 10 were injured after a gunman opened fire on a Hallowe'en party thrown by students of Texas A&M Univeristy-Commerce at an off-campus residence. Gunfire followed days later at a public vigil for one of the deceased.

Days after the incident, a shooting during a Hallowe'en party at a residence in Long Beach (California) left 3 dead and another 9 injured on October 30th. The day following this, 4 people were shot dead and another 4 were injured after a shooting at a party in Orinda (also California). The party, held in an AirBnB residence, was reportedly advertised as an open invited on social media site Instagram. The attack became the 5th mass-murder carried out with firearms in the USA during the month of October, more than any other month of the year, and the 27th mas-murder for the year 2019.

Hallowe'en is a recurrent target across the nation as parties are incredibly common throughout the nation. Therefore this leaves a high amount of public places hosting large crowds that are vulnerable to an attacker.