Halle Terrorist Attack - What We Learned 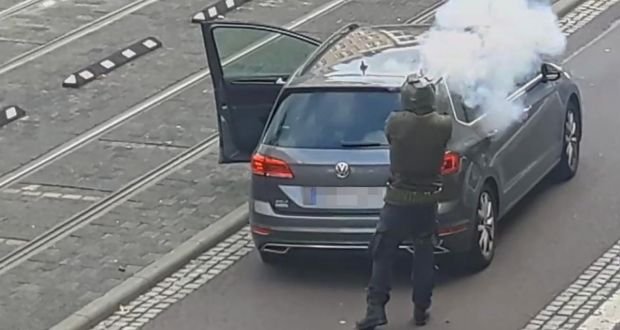 Two weeks have passed since the largely failed anti-Semitic terrorist attack in the German city of Halle, an attempted and failed shooting at a synagogue that despite numerous eyebrow-raising blunders still left 2 people dead and 2 injured. Since then, German-born gunman Stephen Balliet has been taken into police custody having spent time in hospital after being shot in the neck.

Despite the attack being largely a failure, the incident still gives interesting and valuable insight into several modern day aspects of far-right terrorism and crime in general. Now that the dust has somewhat settled and now that more information on the attack has come to light, here are five things we have learned from the Halle terrorist attack.

Livestreaming The Attack Is Becoming A Thing

In keeping with a very modern trait of right-wing terrorists, gunman Stephen Balliet broadcast his assault live online, in this instance using gaming streaming site Twitch, following the line of a new phenomenon that only really developed this year. During the Christchurch attack in March (2019), of which the Halle shooting showed numerous similarities, gunman Brenton Tarrant used Facebook live to broadcast his assault on the Al Noor mosque, during which he killed 42 people (51 over the entire course of the attack). His livestreamed video spread across social media like wildfire, many people had witnessed the deaths of 42 people before the police had even arrived on scene and despite social media companies strenuous effort to take it down, in the end this was futile. For one reason, numerous other websites that do not follow the same strict regulations of content (such as “shock sites” like theYNC.com) still have the full video on their platforms. Four different videos on the YNC of the Christchurch shooting have over 2,500,000 views collectively, and over 8,000 upvotes between them. Additionally, earlier in the year in April, John Earnest attempted to broadcast his attack on a Poway (California) synagogue, but ultimately failed having mistakenly set it to private.

The online publishing of public shootings is not a new idea. It is preceded by the recorded shooting of journalists Alison Parker and Adam Ward, as well as the shooting of Robert Godwin by a person dubbed by the media as “the Facebook killer”. Both incidents were later uploaded to Facebook. However the livestreaming of attempted massacres via online platforms is a newly developed tactic that appears so far contained to far-right terror. These tactics help to gain attention and notoriety for the attacker and their beliefs, therefore they are more likely to be  remembered in right-wing online circles by the same people who will actively seek out the footage.

Numerous efforts are being made from all corners of crime prevention in order to combat this. In London, MetPolice shared training footage with Facebook in order to help detect and prevent the broadcast of public shooting attacks that are being livestreamed over their service. However, there are many social media outlets battling it out to have the most useful and accessible livestreaming service for their users, this will only play into the terrorists hands. This will not be a tactic that will cease to exist any time soon, as numerous other attacks will likely follow a similar effort.

Home-Made Guns Are Not The Way Forward

Presumably having been unable to obtain more effective and lethal firearms elsewhere in Germany, gunman Balliet manufactured his own home-made firearms made from a selection of pipe and 3D printed plastic. Balliet also used crudely constructed home-made improvised explosive devices in order to try and blow open the main gate. The explosives ultimately failed to have much of an effect. Granted, home-made bombs have caused devastation in numerous attacks in other parts of the world such as the attack on the Boston marathon and the Sri Lankan churches. Self-constructed IED's are a common weapon used by Islamic State, similarly to how vehicular attacks have become a common chosen weapon for the jihadist group. Home-made guns however are a largely new and untested method. 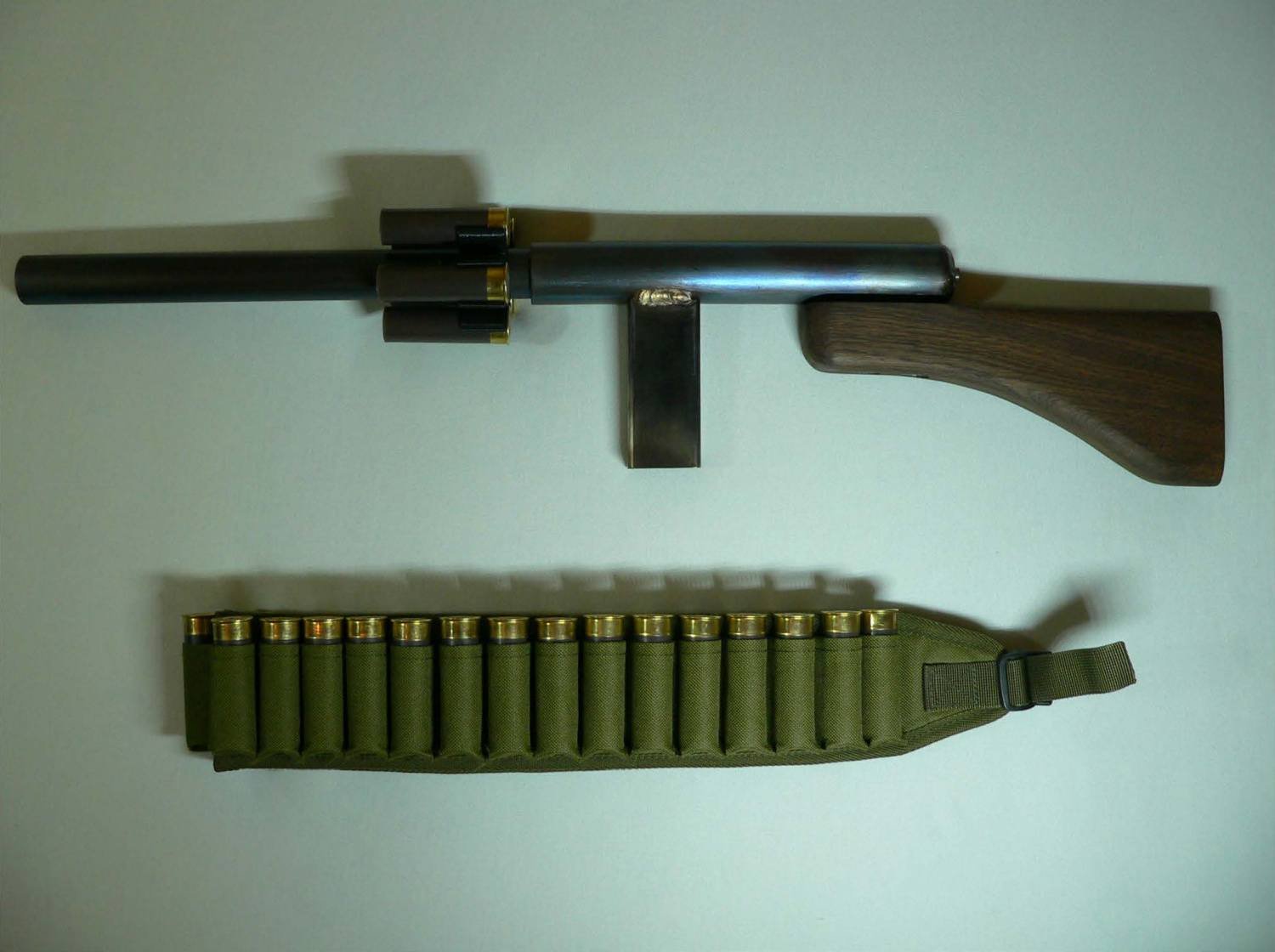 One of the self-constructed firearms used by the gunman

If the Halle attack is anything to take heed from, the concept of build-your-own-gun is unlikely to inspire further synonymous attacks. Throughout his haphazard rampage Balliets weapons failed to fire numerous times, often from point-blank range, other times his guns dropped barrelled ammo to the ground. On one occasion he attempted to shoot a man in the street from point-blank range, only for his gun to fail whilst he attempted to fire. As a result, the man simply and slowly walked away and drove off.

Balliet did admit that his method of using improvised firearms was essentially a test run, hoping to inspire other attackers to utilise similar efforts. In the end he has most likely achieved the exact opposite, he even admitted during his livestream that: "At least I have proven how worthless improvised weapons are.", at one time exclaiming “The f**king Luty is s**t, man!”. Whilst home-made IED's can cause devastating damage, thankfully the Halle attack is strong evidence that home-made firearms are not exactly an effective method.

A Locked Door Can Be Sufficient Security

After multiple high-profile attacks on houses of worship and various other public locations in recent years it is understandable that communities have sought to strengthen their security arrangements. Some places (particularly in the US) have opted for trained armed security, whilst several countries have advanced their response training. As seen in Halle however, a major terrorist attempt can be prevented or mitigated with a simple locked door. The Halle synagogue that was targeted had recently updated its security system, likely done in the aftermath of incidents such as the Pittsburgh and Poway synagogue shootings and indeed this was effective enough to prevent the gunman getting indoors. Balliet tried to enter through a side door, failed, swore, then attempted to blow the main gate off with home-made grenades. Having failed to sufficiently open the already ajar gate, he opened fire on the side door itself with his (admittedly poor) home-made weaponry. The structure held firm, suffering only mild superficial damage. Balliet eventually gave up and drove off.

This wouldn't be the first time a simple locked door has mitigated an attempted terrorist attack. “Incel” terrorist Elliot Rodger plotted and prepared extensively to shoot up a California sorority house in Isla Vista in 2014 however when he arrived armed at the residence he found it locked from the inside. Despite knocking, he received no reply, and was unable to gain entrance into the residence. Likewise, when Gregory Bush arrived at the First Baptist Church of Jeffersontown (a predominantly black church) he failed to gain entrance during a service simply because the door was locked. Admittedly, Bush still carried out an attack inside a nearby Kroger supermarket, however it is highly likely the two African-American fatalities he caused would have been less than the number of lives he could have taken inside an African-American church.

Online Extremism Is A Definite Threat Towards Radicalisation

Not for the first time in 2019 an attacker showed multiple signs of having either been radicalised online or having connections or leanings towards online extremist communities. Balliet used numerous internet-style slang phrases whilst talking to viewers during his livestream. For example beginning his opening monologue with “Hi, my name is Anon”, most likely a nod towards heavily criticised notorious online communities such as 4chan or 8chan where users are named only as “anon” followed by a series of numbers (the site was taken down in light of the El Paso anti-Hispanic terrorist attack). The attack follows a 2019 trend of attackers having shown an interest or a connection to notoriously known online communities. Patrick Crusius posted his manifesto to 8chan before opening fire in a Texan Walmart, John Earnest posted an open-letter to 8chan shortly before opening fire in Poway, and Brenton Tarrant posted a link to a livestream broadcast of his terrorist attack in Christchurch.

Additionally, Balliet blamed feminism for declining birthrates in the West, insisting that decreasing population figures in turn lead to mass-immigration brought in by national governments. This is common right-wing narrative that has been around for several years since mass-immigration began, and is a common talking point for right-wing social media debates.

Some Terrorists Are Just Outright Useless

The common stereotype of a terrorist understandably presumes that the person carrying out the attack is fearsome, ruthless, cold, calculating, and notorious. Some, such as Stephen Balliet, as well as numerous others (as demonstrated several times by Islamic State supporters) are just outright inept from the beginning.

Balliets “assault” was riddled with gaffes, mistakes, and ineptitude throughout. After stumbling his way through an opening monologue, Balliet failed to enter a locked side door to the synagogue, failed to blow open the main gate with his home-made explosives, shot an innocent non-Jewish fellow German, shot out his own car tyre, failed to shoot a man from point-blank range, amongst many many other head-shaking blunders. Balliet himself admitted his ineptitude, stating (in German) “So guys, that's it. I am a complete loser.”. 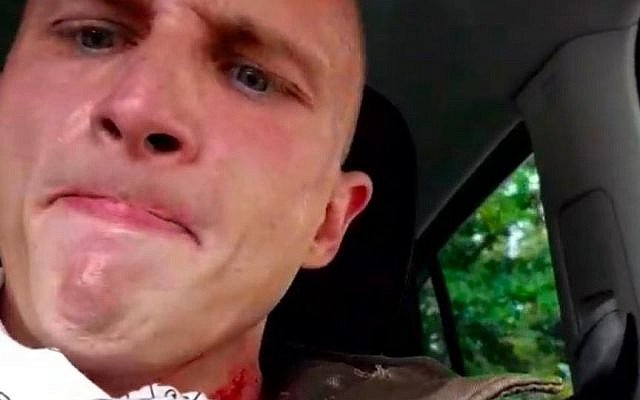 The gunman did not escape his own attack unharmed