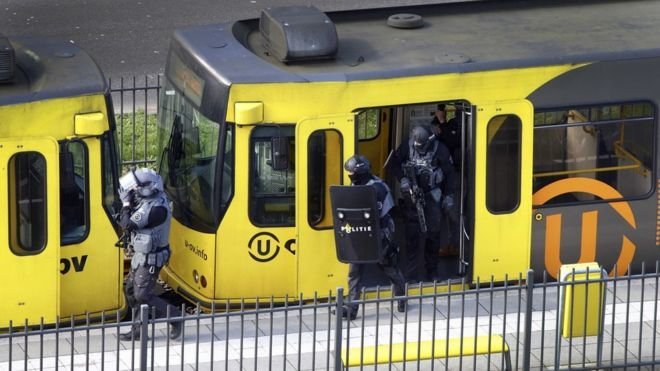 Jihadist terror activity gained continental notoriety in Europe in 2015, 2016, and 2017, after a series of complex and co-ordinated attacks from Islamic State claimed dozens of lives. In 2018, the groups notoriety and casualty numbers fell significantly. In 2019, casualty numbers from jihadist attacks fell even further. Although SEVEN attacks were carried out that showed Islamic terroristic connections, and although this lead to TEN fatalities and TWENTY-SEVEN injuries, this continues the decline of jihad in Europe. A more detailed list of the attacks can be seen here, whilst a more in-depth reading into the decline of Islamic State in particular can be found here.

Within the year 2019, there were two attacks carried out that could be considered “mass-murders” (four or more people killed), in Utrecht and Paris, however no attacks claimed more than 4 fatalities. This continues the trend that jihadists have failed to reach higher fatality numbers, as no attack has claimed more than 9 (or double-digit) fatalities since the Barcelona attack of August 2017. Three of the attacks (Oslo, Conde-Sur-Sarthe, Milan) failed to be considered mass-casualty attacks, as less than 4 people were killed or injured combined.

The complexity of jihadist activity has also declined significantly in 2019. Whilst past attacks such as the co-ordinated shootings in Paris (November 2015) or the co-ordinated bombings of Brussels (March 2016) claimed dozens of lives, assaults in 2019 were significantly less synchronised and spectacular. All of the attacks carried out were done so by solo perpetrators, although the Conde-Sur-Sarthe attacker had his weapon, a knife, smuggled in by his spouse. No jihadist attacks have been carried out by more than one perpetrator since the Barcelona attacks (separate assaults carried out by a cell). Several of the incidents of 2019 were relatively low-grade (Oslo, Conde-Sur-Sarthe) or extremely low-grade (Milan), and failed to reach high casualty numbers.

Terror returned to France on three occasions, following numerous attacks on the country in recent years. Terror also returned to the United Kingdom and to London Bridge specifically following the 2017 attack just years earlier. Italy has been largely safe from jihadism over the years despite its Western neighbours suffering recurrently, however Italy suffered an attack after a stabbing in Milan (although this was an extremely minor attack). The Netherlands suffered a rare jihadist attack and one which was arguably the most damaging throughout the continent. Norway suffered its first ever Islamic jihadist attack, albeit a relatively minor effort that lead to only one casualty.

Four of the perpetrators were born outside of the country where they carried out their attack. The Utrecht attacker was from Turkey, Oslo was from Russia, Milan was from Yemen, and Lyon was from Algeria. In the other three incidents, the London Bridge attacker was British-born with Pakistani descent, the Paris police station stabber was from Martinique (a French region), and the Conde-Sur-Sarthe assailant was from France. All of the perpetrators were arrested after their apart from the assailants of the Paris and London stabbings.

In terms of the weaponry used, FIVE attacks were carried out with a knife, making it by far the most utilised weapon for jihadists in 2019. The common availability of knives as a general household item make them easily accessible and unfortunately there is little that can be done in this regard. However, the growing positive sentiment towards the concept of round-tipped knives may be a simple but longer-term solution to this. In two incidents (firstly Conde-Sur-Sarthe and secondly Paris) the knife was smuggled into the building and bypassed the metal security detectors due to the weapon being made of ceramic. Knife attacks lead to 6 fatalities and 8 injuries overall.

A bomb was used in only ONE incident, during an attempted daytime assault in Lyon that failed to kill anyone but injured 13.

Only ONE attack involved a gun, the Utrecht tram shooting which killed 4 and injured 6, arguably the most dangerous attack of the year.

Arguably the most notorious and attention-grabbing attack was carried out on London Bridge, a stabbing assault that lead to 2 fatalities and 3 injuries. The perpetrator was subdued by passers-by (one of whom used a narwhal tusk) until police arrived and shot the assailant dead. However, a great deal of the attention that centred around the incident was due to the history of the location and the politics surrounding the incident. The London Bridge attack of November 2019 brought back sharp and painful memories of the June 2017 attack on London Bridge two and a half years prior. The circumstances of the perpetrator also lead to widespread debate and condemnation, as the assailant had previously been convicted for terrorism offences and released. The attack also came within the same month that the UK's terrorism threat level was reduce from “Severe” to “Substantial”.

The Fallout Of Christchurch

After the Christchurch massacre in March 2019, a mass-shooting on two New Zealand mosques that left 51 dead, it was feared that ISIS supporters or sympathisers across Europe would carry out retaliatory attacks, or that moderate Muslims could become radicalised by the massacre and carry out attacks as retribution. No attacks in Europe appeared to have been influenced by the Christchurch attack. Although the Utrecht tram shooting was carried out just 3 days after Christchurch, and although it is being investigated as a terrorist attack, so far no evidence appears to have surfaced that would indicate it was motivated as revenge for the New Zealand shooting.

The greatest threat of jihad in Europe comes from Islamic State, and thankfully the group has been on a sharp decline over the last few years. Having lost their caliphate, having gone from a mentality of “remaining and expanding” to one of rebuilding and (later) revenge, and having been pushed to desolate societies such as West Africa and other offshoot splinter locations, the groups priorities lie elsewhere asides from Europe. Other factors such as increased intelligence within Europe has helped to break up cells and subdue plots before they come to fruition.

However, the prospect of jihadis being repatriated to their European home-country to face justice could lead potentially lead to volatile results, and the threat of returning jihadis carrying out attacks in their repatriated nation.

2019 showed a marked decline in jihadist success in Europe, and whilst indications and circumstances hint towards this decline steadying or continuing, the threat of jihad will remain within the continent for years to come.